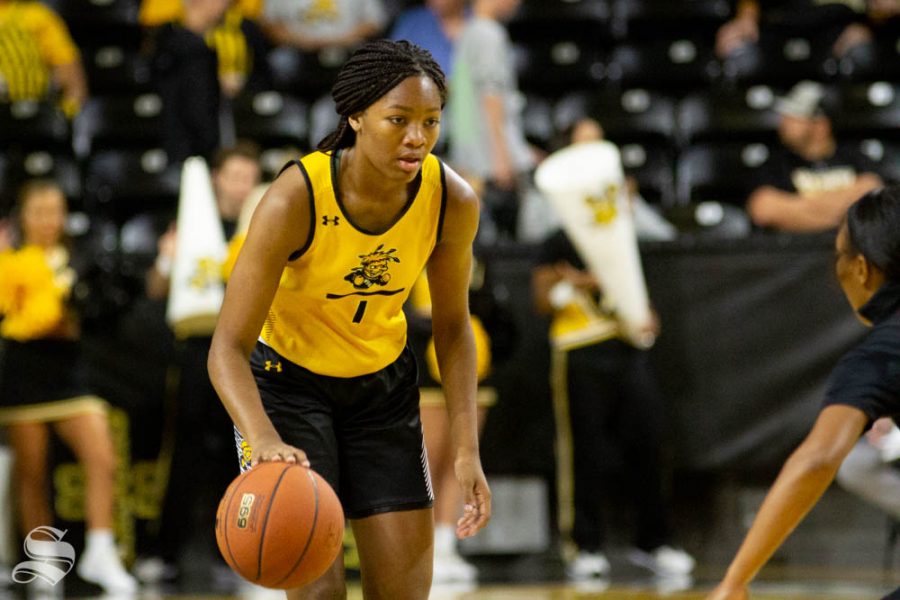 When asked who on the team helps keep the mood light, McCarty had no shortage of names — “Maya Brewer, Shyia Smith, Raven Prince, and Asia [Henderson].”

“One day, we’ll just be sitting in silence and one of us will bust out laughing and we’ll all start laughing. Or somebody will do like, dub smashes on TikTok,” McCarty said. “It’s just different on different days.”

McCarty said she expects that team bonding to translate into results for WSU this season.

The Texas product said she hopes to make her impact on defense this year.

“I see myself contributing a lot on the defensive side,” McCarty said. “We do a lot of defensive drills. I try to have my main focus on that. I know I can score offensively, but for right now, I want to just focus on being a defensive player on the team — that defensive stopper.”

McCarty, who plans to major in nursing, said she’s settling into college life as a student athlete with a rigorous practice schedule.

“We have a lot of academic advisers, tutors, people that you can talk to on campus if you need anything,” McCarty said. “I think I’m fitting in really well.”

And her coaches are always there for her, she said.

“I love them,” McCarty said.

McCarty will be sporting the No. 1 jersey this year, and that’s no coincidence, she said.

“That’s always been my number. I just feel like I’m No. 1 on and off the court,” McCarty said.