‘I don’t think this is the end for me’: Shepard pledges to keep advocating for students after school board loss 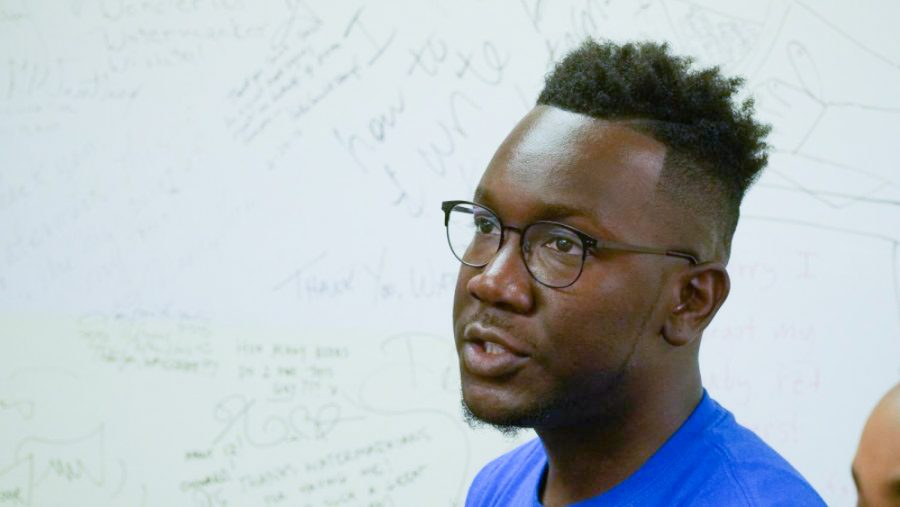 Joseph Shepard, candidate for the At-Large board member for USD 259 talks to volunteers regarding the process canvassing and door-to-door campaigning. June 29, 2019.

Former Wichita State Student Body President Joseph Shepard will not serve as an at-large member of the Wichita School Board.

Shepard said that running against Logan was an honor, and that even though Logan was his opponent, her mission inspired him.

“I’m grateful to have had the opportunity to run against Sheril Logan, who has committed her life to education,” Shepard said. “I hope to, one day, be in a position where. . . I can say ‘I’ve spent 30-plus years working in education.’”

Shepard said he had a hard-working team and wouldn’t have run the race any differently.

“We were not outworked by our opponent — we outworked our opponent. I think that is so evident,” Shepard said. “We had face-to-face interaction with the people who are in our communities.”

“There’s absolutely nothing that I would do differently.”

Shepard said he is grateful for the support he got from his peers throughout this race.

“I would not be where I am today — I wouldn’t have even made it past the primary — had it not been for the individuals who pushed me and mobilized me and supported me in this race,” Shepard said. “All the individuals who poured into their hearts, their souls, their pockets . . . I feel so grateful to have had that village behind me every step of the way.”

Shepard said he’s at peace with the results.

“I’m smiling because, I’m okay with this . . . I asked God, ‘Whatever your will is, let it be done,’ and tonight, his will is done,” Shepard said. “I don’t think this is the end for me. I take every loss, and end up, somehow, creating a win out of it.”

As for what’s next for Shepard, he said he’ll be spending more time with his loved ones.

Shepard said he will never stop advocating for students.

“I’m getting on a flight at 5:40 tomorrow morning to speak to young people in Kentucky about seizing your space, not asking for permission . . . to step into arenas and earn a seat at the table,” Shepard said.

“I’m going to continue the work, because this is the work that I’m passionate about.”