OPINION: Why is everyone obsessed with AOC? 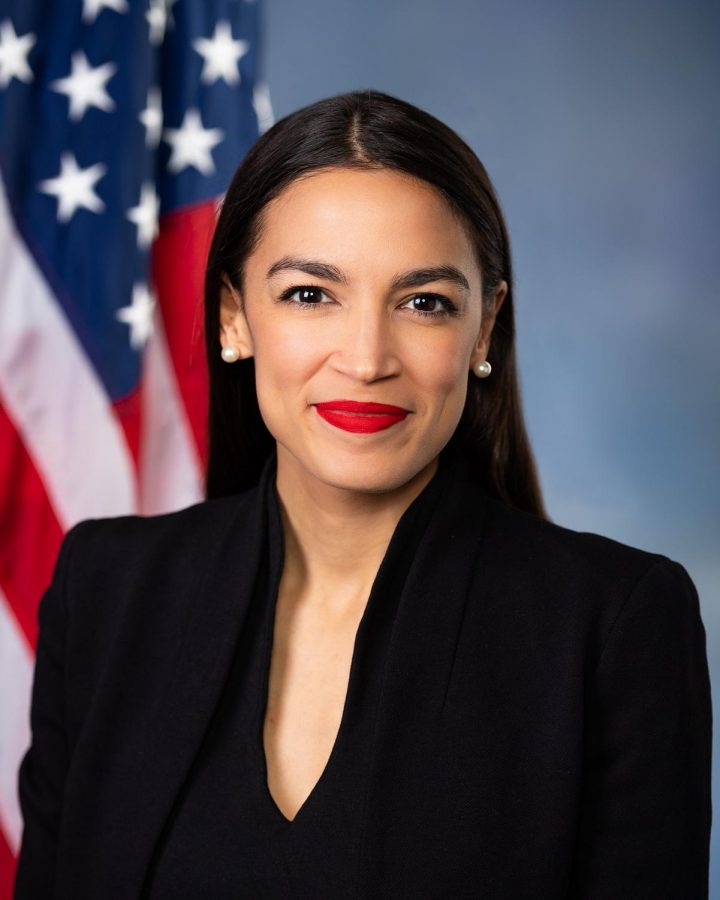 It seems rather odd for the whole country to be taken by storm with a young Latina congresswoman who was just a bartender only a year or so ago, but here we are.

From her huge fan base to her several conservative critics, no one can ignore Congresswoman Alexandria Ocasio-Cortez. But what is it about her that keeps her name in the news every single week?

If you paid any attention during the 2018 midterm elections, you probably know her story. Ocasio-Cortez lives in a solidly Democrat district in New York that had an establishment favorite running as the incumbent.

In solidly one-party districts, the general election isn’t the one that matters; it’s the primary. Ocasio-Cortez won her primary with very little money and hard work. She was the newest member of the progressive revolution started by Sen. Bernie Sanders.

NowThis News videos of her speeches in congress get millions of views and thousands of shares. One of her first speeches to go viral was of her questioning a government-accountability watchdog about campaign-finance laws. She went viral during her questioning of Mark Zuckerberg, CEO and founder of Facebook. She has gone viral pretty consistently during her time in congress.

“Wonder Woman of the left, Wicked Witch of the right, Ocasio-Cortez has become the second most talked-about politician in America, after the President of the United States,” Charlotte Alter, a writer for TIME magazine, said.

Outspoken Republican and Fox News commentator, Tomi Lahren dressed up as AOC for Halloween, saying in a tweet, “I decided to dress up as the person who scares me most. The Democratic Dimwit Darling, socialist-loving, freedom-hating, former bartender herself @AOC.”

It is pretty obvious that Ocasio-Cortez is a force to be reckoned with, but what makes her so appealing to progressives and hated by conservatives? She doesn’t care about traditional politics and just fights for what she believes in.

She has stated in many interviews that winning seats for Democrats doesn’t matter to her, creating a movement and changing hearts and minds does. She doesn’t care what democrats want her to do or what republicans want her to do, she cares what her constituents want and what she thinks is right.

She is a storyteller with an uncanny ability to draw anyone in to listen. She is unafraid to speak her mind and ask the hard questions. She is always well-researched and well prepared when she speaks in the House.

Ocasio-Cortez has made a movement by being unapologetically strong, educated and herself. She scares conservatives, older democrats and moderates alike. She represents the tension in the Democratic party between the old and the new.

Ocasio-Cortez represents a changing America run by millenials, and she won’t be going anywhere any time soon.