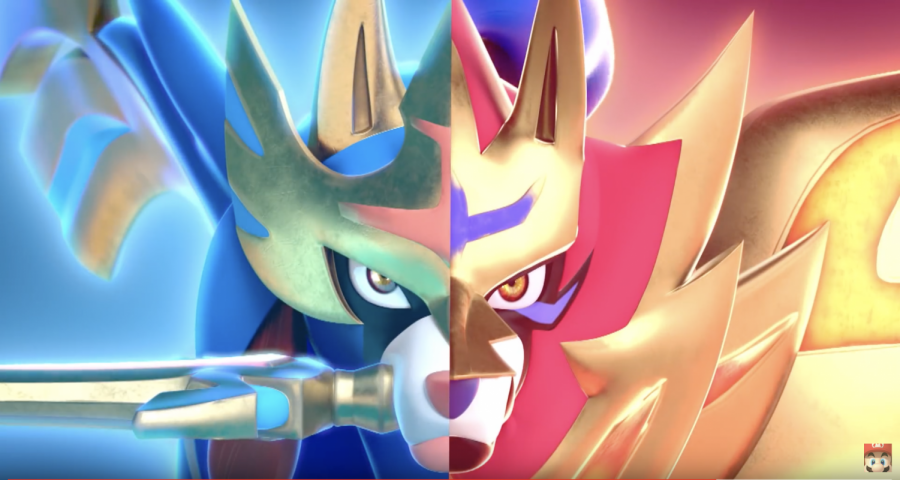 Cover characters of Pokemon Sword and Shield, Zacian and Zamazenta. Photo credit by The Pokemon Company and Nintendo.

Pokemon used to be one of my favorite game series of all time. For many people, it still is.

It’s not hard to see why. At the beginning of each game, the playable character starts as a blank canvas on which players can project themselves. The player then embarks on an ever-expanding adventure to catch wild animals with fantastical abilities, use them to catch more of those “animals,” battle other trainers, and so on.

It’s very child-friendly, mainly because the Pokemon look cute, and powerful attacks only cause the receiving Pokemon to faint — rather than actually dying.

Since 1996, nearly every new generation of the series has been a smash hit. It’s the world’s largest media franchise, according to Innotech Today. To think that the largest media franchise would originate from a video-game RPG about collecting and battling pocket monsters is a feat that probably no one anticipated.

Yet, over 20 years later, Pokemon seems to have an even bigger presence in the global conscious than ever before. Niantic’s “Pokemon Go” is now three years old and is still the most downloaded mobile game of all time with about a 100 million downloads between it and the first runner-up.

At this rate, there’s very little that The Pokemon Company, of which Nintendo only has 32% ownership, can do to tarnish the global reputation and image of the video game, anime, toy, trading card game, manga, and film series — except, of course, to release a game under false pretenses.

The eighth generation of the video game series, “Pokemon Sword and Shield,” at first seemed like the game that longtime fans of the series have been clamoring for since the first generation of games. These are the first games in the main series that will be on Nintendo’s home console, rather than its portable console.

The supposed benefits were claimed to be obvious — a much more powerful processor means better graphics, smoother animations, and a larger story. It’s especially exciting, considering that the number of Pokemon in the games has grown to 807 before this latest generation, and the developers have made an effort to include every Pokemon from older games in every new game.

The developers, citing the fact that they knew they would eventually not be able to support every single Pokemon from every game, cut the roster by more than half, along with a portion of attacks that are available for the Pokemon. This move has been he

avily criticized by fans online and semi-creatively dubbed “Dexit,” referring to the Pokedex in the games that catalogs the Pokemon for players.

Defenders of this decision say that it allows the developers to focus more on the gameplay and the battle animations and the design detail of the Pokemon themselves. The developers backed this claim, stating that they would be redesigning the Pokemon from the ground up.

However, the game has garnered even more criticism due to lackluster graphics, sometimes laughable animations, and an online user data-mining the game and uncovering that many of the Pokemons’ character models were actually reused from previous games. In fact, the hashtag #GameFreakLied went up to No. 2 on Twitter’s trending metric, proving that there is a sizable number of fans upset with how the game has been rolled out.

In the last decade or so, I have not been as big of a Pokemon fan as I used to be, but I have followed developments in the series more closely than most other games. It holds a special place in my heart. It’s painful to see the developers abuse the trust of its fans by making claims that can be so quickly debunked.

Of course, any adult will understand that it’s in the nature of business to maximize profit and efficiency, but it should never be at the expense of integrity.

Another argument I’ve seen raised is that fans just shouldn’t be making a big deal, because these are games made for children, and I disagree.

While there is definitely a large base of younger fans, and even a base for first-time players, there is still a huge fanbase of young adult and adult fans who care about and enjoy playing Pokemon. I’ve spent time with friends driving around town — hunting a certain Pokemon in “Pokemon Go.”

That being said, at this point, it will be nearly impossible for this game to fail. On Amazon, the games are already listed as some of Nintendo Switch’s best selling games. The train is already much too powerful and fast to stop.

However, these troubling revelations and the way The Pokemon Company has responded to them have left a dark mark on the series that may have lasting effects.