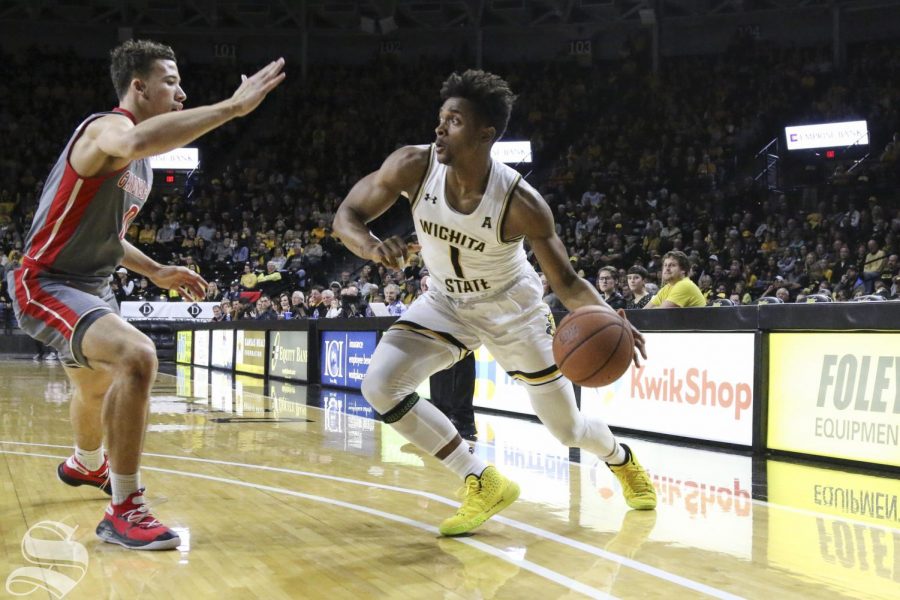 Head Coach Gregg Marshall has shown confidence in his guard core early this season. Coming into the season, Marshall knew his sophomore duo of Jamarius Burton and Erik Stevenson had the ability to take the next step and become leaders.

He knew his freshman trio of Grant Sherfield, Tyson Etienne, and Noah Fernandes offered plenty of talent, but he couldn’t have predicted that they would be performing at such a high level this early on.

Through four games, the guards are doing just about everything right for the Shockers. Going into the game against Gardner-Webb on Tuesday, the team ranked No. 3 in the country in assist to turnover ratio at 2.08. According to KenPom, WSU is also No. 9 in the country in turnover percentage at 12.5%, compared to the national average of 19.8%.

The five guards have combined for 48 assists, 20 steals, and just 15 turnovers thus far.

Marshall said he’s especially happy with how his freshmen have handled the spotlight so far.

Between them, Sherfield and Etienne have more steals (12) than they do turnovers (11).

Marshall said another bright spot for the Shockers has been Stevenson’s play. After a rough shooting year a season ago, the sophomore from Washington has started to find his stroke in the last two games. On the year, he’s averaging 11.5 points per game.

“Erik Stevenson, even though he only scored 10 tonight, he’s 4-7, 2-5 from three, five assists and zero turnovers — that’s very, very good,” Marshall said. “He’s letting the game come to him. His last two games have been really good, and he’s playing some of the best basketball he’s played since he’s been here.”

But it’s not just the shot that’s coming easily for Stevenson. It’s also his playmaking ability. Through four games, he’s averaging 2.3 assists per contest, highlighted be a game-high five against the Runnin’ Bulldogs on Tuesday.

“He (Stevenson) has great vision,” Marshall said. “He can really zip that ball to the intended receiver with some pace. Usually it’s on target. Sometimes, he takes a little bit of a chance – he’s what you call a riverboat gambler. He’s playing really well right now.”

For his part, Stevenson said his improvements are a product of his experience as a freshman.

“The big thing for me is that experience from last year,” Stevenson said. “Last year, everything was just flying at me, so I was playing too fast at times. But this year, it’s kind of like it’s in slow motion. I know what Coach wants out of our motion offense. I know where our guys are gonna be at certain times, so I can hit them in the right spot for a look.”

Burton has also given the team a much needed spark off the bench, a new role he’s adjusting to this season. On the year, the sophomore point guard is averaging 11 points, 3.7 rebounds, and 3.3 assists per game.

The Shocker guards are averaging a combined 42.8 points per game, accounting for 54.5% of the team’s scoring.

Up next, the Shocker guards will look to continue their success against Oral Roberts on Saturday inside Charles Koch Arena.