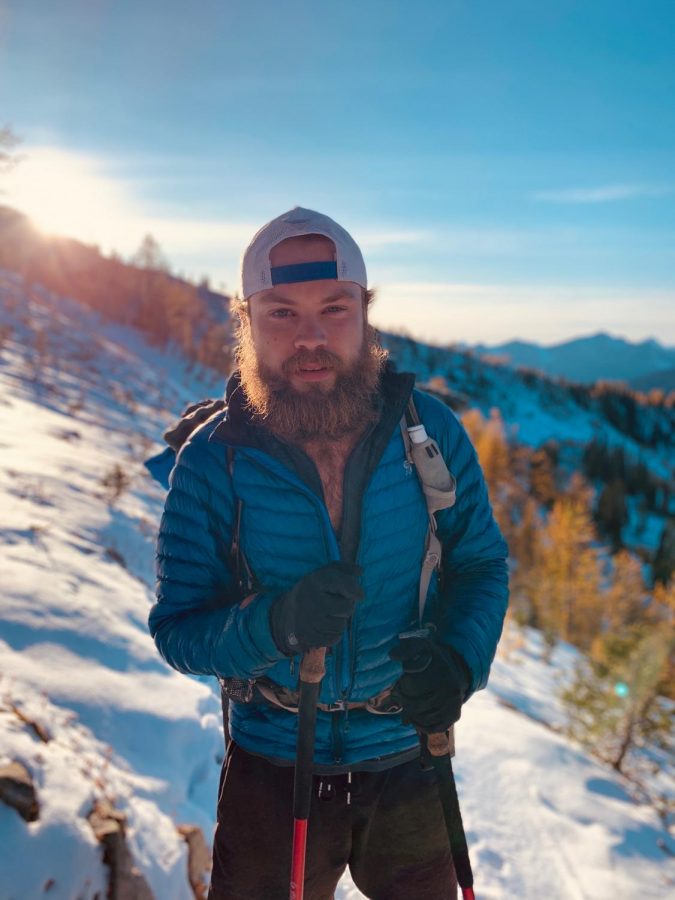 Joshua Gribble, a senior in the Elliott School of Communication, has always loved being active in the outdoors.

Some of his favorite activities include fishing, hunting and camping — but hiking has always stood out from the rest.

Last summer, Gribble put his passion for hiking to the test while taking on the Pacific Crest Trail — a 2,653-mile trek that starts at the Southern terminus of the United States border in Mexico and ends in the Northern terminus near the Canadian border in Manning Park, British Columbia.

Gribble said an early affinity for travel led him to the five-month endeavor.

“Between the ages of 16 through 18, each one of those summers, my dad and his firm would take me on one-to-two-week-long backpacking trips along the Appalachian Trail on the east coast,” he said.

Gribble completed the 2,200-mile Appalachian Trail from Georgia to Maine in 2016 — three years before he found himself on the other side of an international trek across North America.

With the experience of hiking a long-distance trail under his belt, Gribble said he was well equipped to prepare for the Pacific Crest Trail.

“I kind of knew what I needed to prepare. I got better gear that was lighter and durable. About a month to a month-and-a-half before [the hike], I started to run a little bit to get my body ready,” Gribble said. “Of course, all of this couldn’t compare [to] once you’re out there.”

Once on the trail, Gribble said it was extremely demanding and more difficult than the Appalachian Trail because it went through multiple ecosystems.

A physical and mental challenge

For Gribble, the trail was just as much of a mental challenge as it was a physical one. For the first 10 days of the trail, Gribble was completely alone.

Occasionally, Gribble passed other hikers on the trail that were hiking a shorter distance in the same direction or going the opposite way. As a social person, Gribble said it was mentally draining to be alone.

“I love to be around people, even if I don’t know them — so that sucked,” Gribble said.

The essentials that Gribble carried to survive on the trek weighed roughly 30 pounds.

“As I got more up north, I started to get more into shape and sort of started burning more calories. I quit thinking about staying lightweight and whatever looked good in the grocery store, I’d be like, ‘Yep, I’m taking that.’

“That’s what made my bag heavier.”

Gribble said he lived off two energy bars in the morning for breakfast, two packets of ramen noodles for lunch and a ramen noodle packet and Norr pasta side for dinner.

While Gribble ate the same items almost every day on the trail, he said he found time at least once a week to eat a more satisfying meal in a town near the trail.

“I would pig out. I would get a big ol’ juicy burger, steak or a philly cheese steak,” he said. “Something that was super fattening and unhealthy —because you’re going to burn it off anyways.”

Gribble faced two muscle injuries early on in the hike and considered giving it up after a knee injury put him on a four-day hold in Julia, California.

“I felt awful. I was thinking that I was going to have to give up because I had no idea how I was going to get this fixed,” he said. “Multiple nights of crying —was depressed because I had spent years of saving and preparing for this and on day five, I might have had to quit.”

After several days of rest, the knee injury healed and Gribble was ultimately able to complete the trail.

An experience worth remembering

Although Gribble faced some hardships on the trail, he said the sightseeing and memorable experiences are what really stuck with him.

He described the Sierra Nevada mountain range as breathtaking.

“I’ve never seen anything like it in my life. They’re like mountains, but not the ones you’d see in Colorado,” Gribble said. “Flat, flat, flat, flat, then boom! It’s like a wall of mountains. You’re surrounded [by] valleys.”

After his journey along the trail was complete, Gribble described the experience as a relationship that ended wonderfully.

“A relationship is fun at first. You’re experiencing something you haven’t experienced in a while. You’ll love it,” he said. “But then, after a while with the same person, you obviously need your breaks — meaning you need your own personal time while you start to get comfortable with each other.

“You’ll look back at that time as it was a wonderful experience. I do not regret anything about this trip.”

Gribble said the next trail he plans to hike is the Continental Divide, which runs through the Rocky Mountains from Mexico to Canada.

If he can hike the Continental Divide, Gribble will become a Triple Crown Thru-Hiker, a title given to people who have hiked the three most prominent trails in the United States.