REVIEW: ‘The Mandalorian’ is good so far — and not just because of Baby Yoda 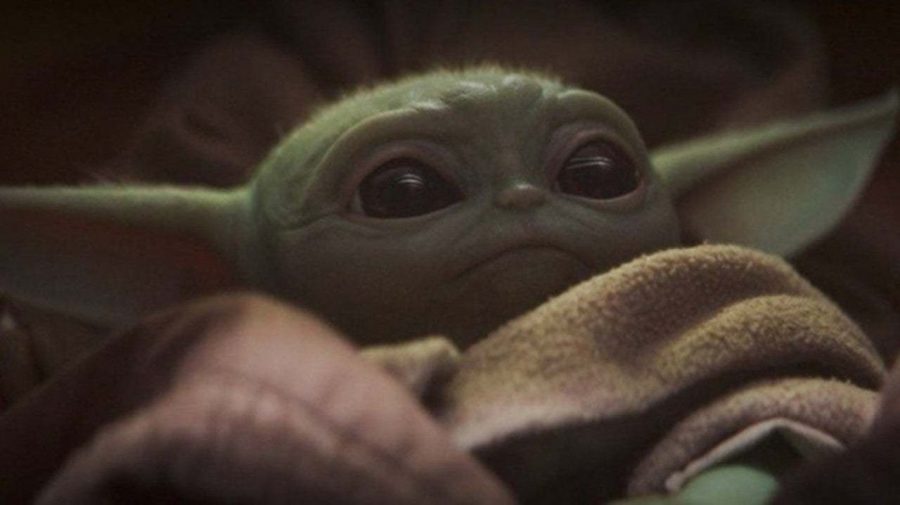 "The Child," a.k.a. Baby Yoda is a central character in Disney's series, "The Mandalorian." The little green creature has become a huge hit on social media.

When I first heard about Disney’s new streaming service in advertisements and in the news across the media conglomerate’s Fox-owned outlets — weird, right? — it didn’t sound like a service tailored for me.

Just like most zoomers, I grew up with Disney movies, shows and the channel, but I was never a dedicated fan. I always made a distinction between Disney movies and Pixar movies, which I much preferred.

I am a dedicated Star Wars fan, however, and after enough exposure to Baby Yoda memes and the Mandalorian’s badass costume, I gave in to the hype.

I went into “The Mandalorian” with the same mindset that I go into any new Star Wars release with — excited to see the beloved universe expand in moving picture yet skeptical that it won’t even be worth its minutes in nostalgia.

But as the series has officially crossed the halfway point with episode four, it’s proven that it’s anything but mindless fan service.

The pacing is excellent and reminds me of the writing in the original trilogy. I haven’t felt this wrapped up in a Star Wars release since watching the original six movies as a kid. The atmosphere is familiar, but through a new lens — that of a lone-wolf bounty hunter named Mando.

I can see how the show might be geared to sell toys. Mando looks like an updated version of Boba Fett with cooler armor and weapons. And his ship is reminiscent of the Millenium Falcon in the sense that it’s a vintage, yet reliable cruiser.

Even as I saw Mando’s ship for the first time, I was thinking, “Man, 10-year-old Daniel would really love a lego set of that.”

Perhaps the most entertaining aspect of “The Mandalorian” is that it often feels like an American western film or show. A scene in the first episode shows Mando wrangling with a bucking alien “bronco,” and a later gun-slinging scene with a laser Gatling gun is straight out of a traditional western film.

Beyond that, the series is largely set in the underbelly of the Star Wars galaxy — bars and hideouts where criminals lay low. That grit and grime adds another layer of western feel and draws on the cantina scenes from the original movies.

The whole show is supported by the quiet tone the main character puts off. As a member of the legendary Mandalorian people, Mando’s skill in combat and effective bounty hunting speaks for itself. His people’s DNA was harvested to make the iconic clone troopers, after all.

But with his cold and lethal demeanor, rare moments of dialogue and/or vulnerability feel more important and intentional. Pedro Pascal, who plays the lone mercenary, described Mando as a Clint Eastwood-like figure with questionable moral character.

In episode four, that occasional vulnerability is on full display as a potential love interest arises, which admittedly feels a bit silly. Not sure how or why a woman would have the hots for an armored spaceman who never takes off his helmet, but okay.

I will concede that the most recent episode was probably the least entertaining so far, but it I think it fits well into the concept of the show as a space western.

Mando has no crew or allies at this point in the show, other than the precious “Baby Yoda” he rescues at the beginning — who has thus far proven to be just as much of a babysitting task as he is an asset. Despite this, Mando has a clear soft spot for the little green thing.

Public service announcement: while I’m perfectly okay with referring to “The Child” — its actual name so far — as Baby Yoda, it’s important to remember that it’s not actually Yoda. The show takes place after “Star Wars Episode VI: Return of the Jedi,” in which Yoda dies.

So far in its four episodes, “The Mandalorian” seems to have a structure: Mando encounters a mini-adventure through a bounty, conflict erupts, we learn a little bit about Mando and his past, and the conflict is resolved. The last couple episodes indicate that a more overarching conflict could be developing to help break up some of that cycle.

It’s a simple formula, but it can feel tight and action-packed with solid writing, visuals and characters throughout each 30-40 minute episode. I’m excited to see where executive producer Jon Favreau and the show’s many directors take the Star Wars Universe, and I expect their characters to become mainstays among fans.

Let’s see if the series can keep up to standard with episode five on Friday and throughout the rest of its premiere season.