OPINION: So long, and thanks for all the free T-shirts 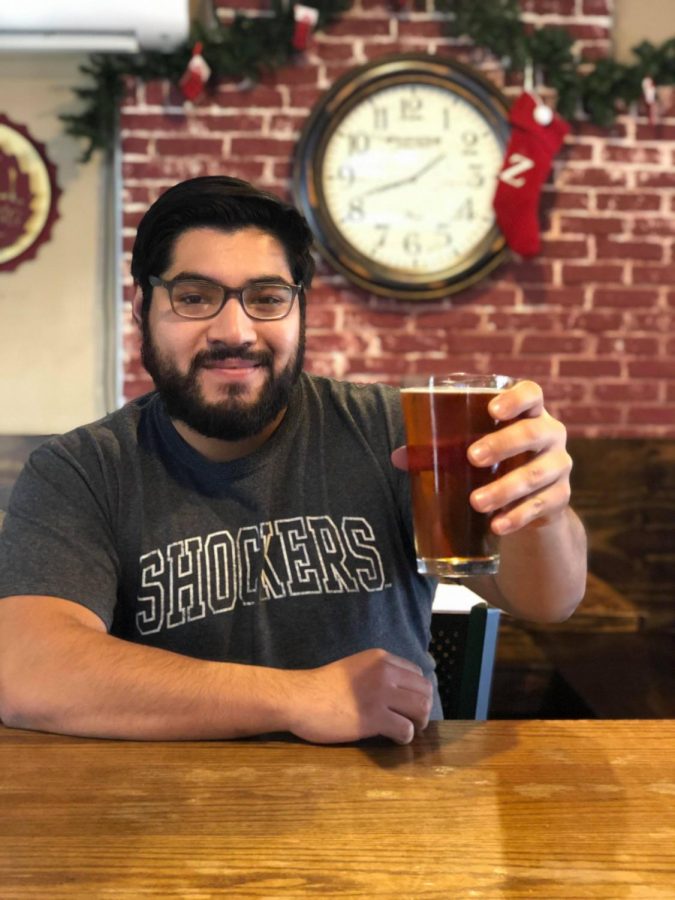 I’m currently writing this in the parking lot of a 7-Eleven in Kansas City after finding out a potential job opportunity I was interviewing for wasn’t much more than multi-level marketing with a little extra flair and not as much product buying.

So don’t ask me how the job search is going.

If you asked me right after graduating high school what I would major in in college, I probably would’ve said something like, “Oh, I don’t know, engineering or something. I think I’m good at math and science.”

Oh, 18-year-old Kevin. How many things I wish I could say to you.

Truth is, I did start my college career at Wichita State as an aerospace engineering major, but not before a brief stint serving in the United States Air Force. Yes, I was so indecisive that I thought joining the military was a good alternative while I figured things out.

Honestly, it wasn’t a bad gig. I made decent money, made some friends that I will never forget and lived an entirely different culture than what I do now. I learned a lot, even getting an associate’s degree out of it.

Unfortunately, I got in the way of myself, and I ended up coming back to Wichita not even two years after joining — still not so sure about what I wanted to do with my life.

With the money I saved from the Air Force, I bought my first car and enrolled at WSU. About a year later, I totaled my first car and spent almost all I had left in my savings paying tuition in a major where I didn’t feel totally fulfilled.

Thank goodness that FAFSA kicked in my second year of school.

Along the way, I explored a lot, both on campus and in myself. I joined some student organizations — including a fraternity — signed up for some leadership positions wherever I could — always the vice president, never the president — left some student organizations — including that fraternity — changed my major and overall still struggled to find a passion for really anything.

What helped me along the way is knowing and understanding that everything I did was totally valid.I was under no obligation to stick to any of those things. I had the total freedom to join those student groups, leave those groups, be a leader, be a follower, and just learn how to be me in the most honest way I can.

I made some amazing friendships along the way. Met some incredible people. But I also met people I disagreed with. People who, to this day, make me question the inherent goodness that we supposedly have as human beings. But that was my right and freedom to feel that way.

So why do I write this? Well, because in retrospect, I believe that I did find at least one passion of mine, something that I felt solidified when I made my way into journalism — the human connection. The way that people seemed to just gush when I asked them about something they were passionate about. The way they could go into detail about something I knew little about, and would just open their doors to me, all because I had some interest in knowing more about them — even if it was just for a story.

It’s a magical occurrence that anyone can do at any time. A beautiful moment where people reveal a little bit of their soul to another, and it forms that little connection that is so hard to emulate in any other medium.

It was something I did not find in engineering, and that’s why I didn’t stay in it. It was something I found in the Air Force, the student groups I joined, and my current major that I will graduate in — if only just for the chance I had to talk to people, to learn about them and connect to them in some way. That’s what continued to drive me throughout my entire college career, and I will continue chasing that for the rest of my life.

I will leave with this; thank you. Thank you, Wichita State, for allowing me to grow, make mistakes, and grow by making mistakes. Thank you, SHPE, HALO, SLB and ADI for letting me join your ranks, even if I didn’t end up staying all the way.

Thank you, editors of The Sunflower, for letting me and my columnists write our true feelings and opinions, even if we knew we were going to draw heat from them. And lastly, thank you to every individual who allowed me the chance to connect and learn from you. You have no idea the unique impacts you have left on me.

Don’t forget your free T-shirt on the way out.