Shockers defeat nationally ranked Rams, move to 10-1 on the season 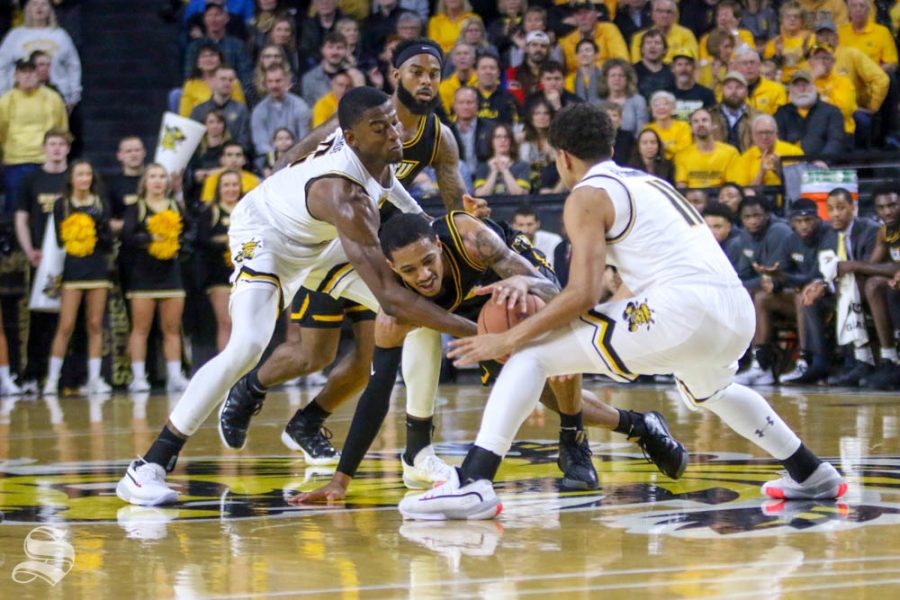 Wichita State's Trey Wade and Noah Fernandes cause a jump ball during the first half of the game against VCU on Saturday inside Charles Koch Arena.

The Rams came into the matchup with the nation’s second-longest road winning streak at seven games, and were ranked No. 25 in the country, according to the USA Today Coaches Poll.

The Shockers led from the tip and moved to 10-1 on the season.

WSU was able to use their size in the paint to get the lead early, feeding senior center Jaime Echenique. The Colombian finished the night with 14 points on 4-6 shooting. Off of the bench, Morris Udeze totaled seven points and seven rebounds, while Isaiah Poor Bear-Chandler scored six points and grabbed four rebounds.

Sophomore Jamarius Burton had himself another all-around game. The starting point guard finished the afternoon with 10 points, eight rebounds, and five assists.

For VCU, Marcus Evans led the way with 15 points.

The Shockers were also without sophomore combo guard Dexter Dennis. The team sent out a release prior to tip off saying that Dennis is taking an “indefinite leave of absence from the team for personal reasons.” There is no timetable for a return.

Up next, the Shockers host Abilene Christian next Sunday inside Charles Koch Arena. Tip is scheduled for 2 p.m.