Shockers use hot first half shooting to glide past Abilene Christian 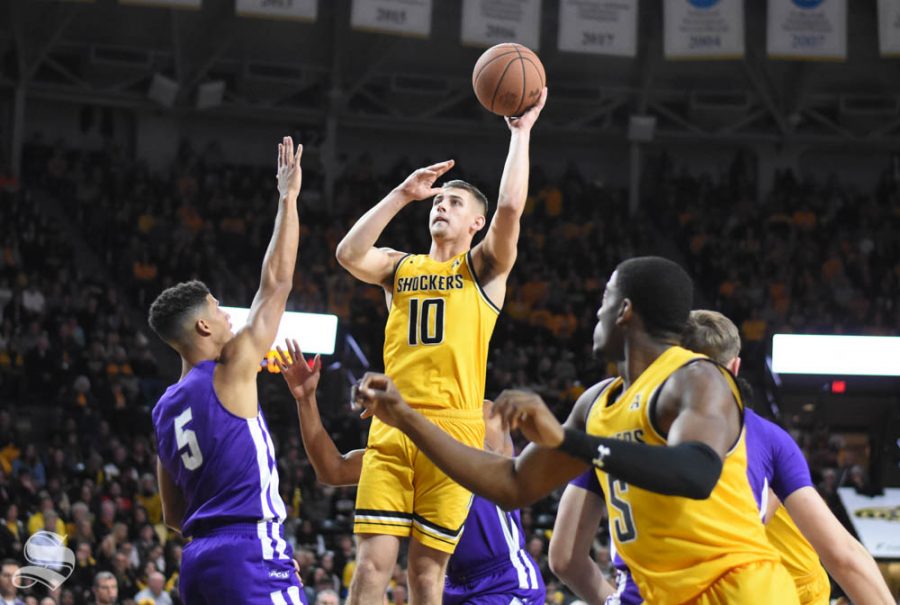 Wichita State sophomore Erik Stevenson goes up for a hook shot in the first half of the game against Abilene Christian on Sunday inside Charles Koch Arena.

The Shockers used their hot first half shooting to help them glide past the Wildcats. In that first period, the Shockers shot 54% from the field and 44% from three-point range. They also knocked down four three pointers. When the final buzzer sounded, WSU finished shooting 50.9% from the field (29-57) and 35.3% from deep (6-17).

Individually, the Shockers were led by freshman Grant Sherfield who scored a team-high 15 points on 6-6 shooting off of the bench. Sherfield finished with a double-double after grabbing a team-high 11 rebounds as well. Fellow freshman Tyson Etienne continued his hot shooting by knocking down three threes. He finished with 13 points.

Other contributors include senior big man Jaime Echenique who tallied 12 first half points – he would finish with those 12 points. Freshman forward DeAntoni Gordon also saw significant playing time after not playing in the team’s last two games. Gordon brought energy off of the bench in route to scoring three points, grabbing seven rebounds (four offensive), and dishing out a single assist. He also had one blocked shot.

The convincing win against the Wildcats has the Shockers poised to sneak into the AP Poll, which releases on Monday. It was also WSU’s last game of 2019. Up next, the Shockers will kick off American Athletic Conference play with a home game against East Carolina on Jan. 1 inside Charles Koch Arena.