Brandon Whipple sworn in as Mayor of Wichita 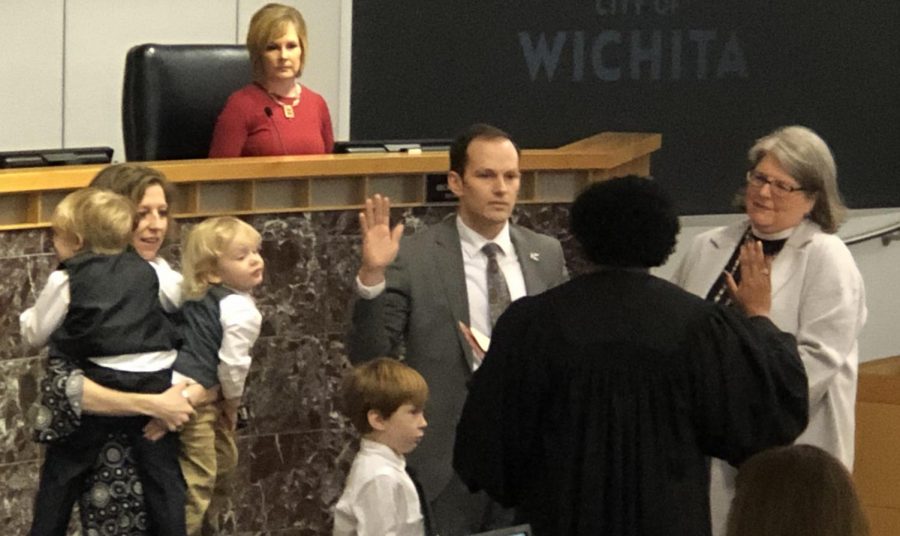 Brandon Whipple is sworn in as the 102nd Mayor of Wichita on Monday, Jan. 13 at City Hall.

Brandon Whipple was sworn in as the 102nd Mayor of Wichita Monday evening during a City Council meeting at City Hall.

Whipple, a Wichita State lecturer and representative in the State House, defeated incumbent Mayor Jeff Longwell in last November’s election. Longwell was not in attendance for Whipple’s inauguration.

Whipple’s wife, Chelsea, and three children were beside him as he took the oath. His children were exuberant and struggled to sit still, which Whipple attributed to it being past their bedtime.

“I would say I’m sorry, but that’s going to happen a lot,” Whipple joked during brief remarks after the ceremony. As a state rep, he was known for bringing his children to the State House.

“You are my boss, and I look forward to working with you and for you,” Whipple told the audience.