To the white moderate, it is imperative that you use your privilege and help support Dr. King's real platform writes Columnist Tajahnae Stocker. 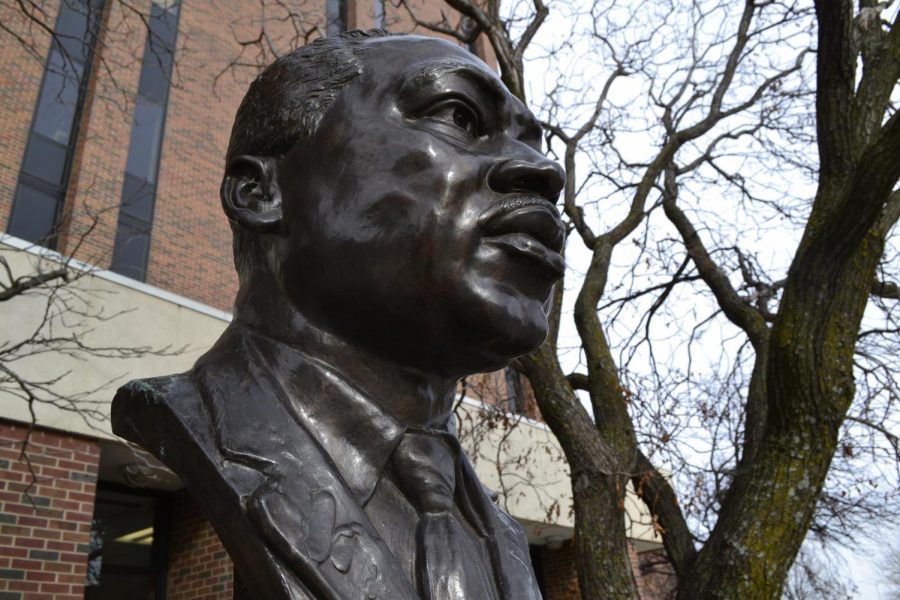 Over the weekend and continuing through Wednesday, The Office of Diversity and Inclusion at Wichita State, in collaboration with the surrounding community, hosted events that celebrated the life and legacy of Rev. Dr. Martin Luther King Jr. Through parades, church sermons and celebratory events, it is there where we can search for and remember the true meaning of Martin Luther King Jr. Day. It is not a four day holiday and it is not a time to post watered down and whitewashed quotes that erase his legacy and what he stood for.

MLK’s “I Have a Dream Speech”, is a significant piece of history that changed the scope of the civil rights movement. It is probably the most quoted speech on MLK Day, and sometimes it feels as though that is the only piece that people know.

My favorite piece is Letter from the Birmingham Jail, an open letter defending his use of nonviolent protests. My favorite excerpt calls out the injustices of remaining neutral in times of injustice.

“First, I must confess that over the past few years I have been gravely disappointed with the white moderate. I have almost reached the regrettable conclusion that the Negro’s great stumbling block in his stride toward freedom is not the White Citizen’s Counciler or the Ku Klux Klanner, but the white moderate, who is more devoted to “order” than to justice; who prefers a negative peace which is the absence of tension to a positive peace which is the presence of justice; who constantly says: “I agree with you in the goal you seek, but I cannot agree with your methods of direct action”; who paternalistically believes he can set the timetable for another man’s freedom; who lives by a mythical concept of time and who constantly advises the Negro to wait for a “more convenient season.” Shallow understanding from people of good will is more frustrating than absolute misunderstanding from people of ill will. Lukewarm acceptance is much more bewildering than outright rejection.”

The “white moderate” are the people who choose not to speak up and defend in times of injustice. Those who refuse to shake the status quo, who refuse to talk about politics because it makes them or others uncomfortable, who allow minorities to be belittled and discriminated against in public spaces, who uphold white supremacy.

The fact that said atrocities are sanctioned by law is of no consequence to those who subscribe fully to Dr. King’s legacy.

“We should never forget that everything Adolf Hitler did in Germany was ‘legal’ and everything the Hungarian freedom fighters did in Hungary was ‘illegal,’” said Rev. Dr. Martin Luther King Jr. “It was ‘illegal’ to aid and comfort a Jew in Hitler’s Germany. Even so, I am sure that, had I lived in Germany at the time, I would have aided and comforted my Jewish brothers. If today I lived in a Communist country where certain principles dear to the Christian faith are suppressed, I would openly advocate disobeying that country’s antireligious laws.”

He would stand with Colin Kaepernick in his nonviolent protests against police brutality. He would march and stand with those who are fighting injustices against marginalized people.

What people tend to forget during this “four day holiday” is that the third Monday that is designated for MLK Day is actually a day of service. MLK Day is a day to give back to your community, it is a call for all in the United States to come together to solve the problems that our communities face. Rev. Dr. Martin Luther King Jr. fought to solve social problems facing our nation. His platform had six areas: poverty, advocating for higher-paying jobs, decent public housing, quality education, justice and peace. King fought for the rights and the advancement of Black people, women and all marginalized groups.

While celebrating your long weekend, take time to venture into your community and come together for fellowship, social activism and embodying the legacy that MLK and his family worked so hard to fight for.

To the white moderate, it is imperative that you use your privilege and help support the six areas of his platform. It is imperative that not only do you participate in the MLK parade and Women’s march, but you continue to make efforts to uphold the legacy of MLK and social justice and call out injustice when you see it.

To those who believe in the words of Martin Luther King and his actions, remember to not pick and choose which quotes fit your narrative. MLK was quick to call out those who stood in the way of injustice. He was an advocate for social justice and humankind, treating everyone with dignity, respect and the fighting for resources people need to live fulfilling, healthy lives.