The Women’s March is only the beginning. Movements similar to this will continue to empower and mobilize communities. 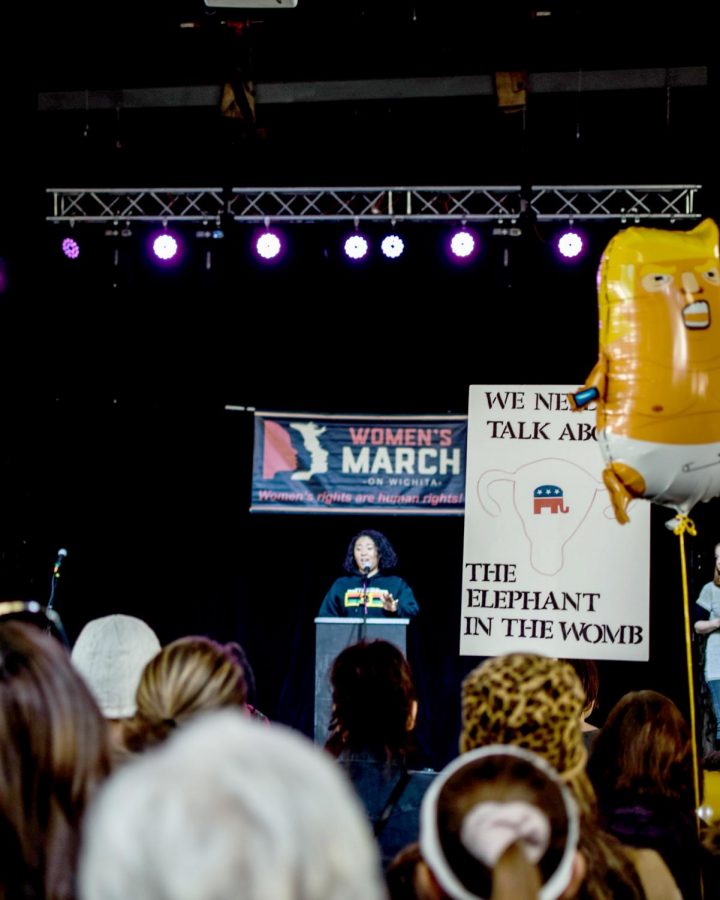 Danielle Johnson, Assistant Director of Office of Diversity and Inclusion, speaks at the Women's March on Jan. 25.

The first Women’s March took place in January 2017 after the inauguration of Donald Trump. It is considered the largest protest in US history. It was in response to statements made by Trump prior to his election about women and other marginalized people. Since 2017, there have been marches in cities across the US with the mission to “harness the political power of diverse women and their communities to create transformative social change.”

The third annual Wichita Women’s March took place on Saturday Jan. 25th, beginning at Old Town Square and ending at the Wave. The march included speeches from powerful women in Wichita corresponding to this year’s theme “The Time is Now”.

In the time since the first Women’s March cities across the US have seen a surge of movements advocating for human rights and social justice and an influx of women, especially women of color, being elected into office.

In Wichita, inspired by one of the first Women’s Marches, Lacey Cruse ran for Sedgwick County Commissioner against incumbent Richard Ranzau. Before Lacey, there was not a woman serving as a commissioner in the last eight years.

The Women’s March plays an important role in empowering not only women, but marginalized groups and their communities. “The Time is Now” speaks to three years of organizing, protesting, and educating the general public.

For me personally, it seems after the first Women’s March young people, women, and other underrepresented groups have stormed the establishment, creating platforms to fight the ongoing fight for human rights and social justice.

Since January 2017 we have seen continued climate strikes, the March For Our Lives, the March for Science, and voting drives. I have seen young people get more involved with organizing and advocating.

The Women’s March started out as a response to anti-women and otherwise offensive remarks and has since evolved into the beginning of reclaiming our time and fighting for now.

The Women’s March is only the beginning. Movements similar to this will continue to empower and mobilize communities to give back and work to dismantle oppressive systems and continue to fight for human and social rights.