REVIEW: ‘Miss Americana’ is Swift shouting at the world that she rightfully deserves everything she has 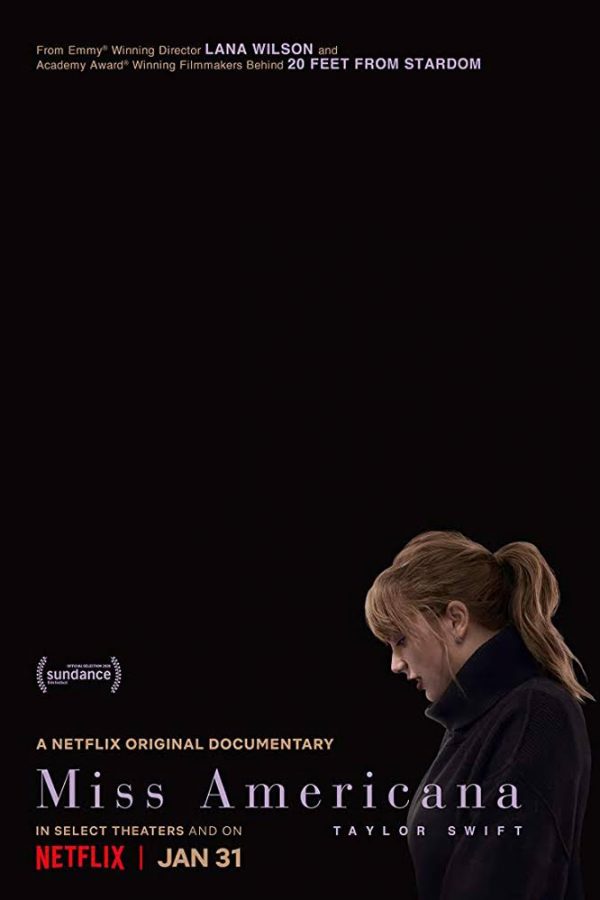 Centered around pop star Taylor Swift and how she transitioned from being America’s Sweetheart to being the target of the hashtag #TaylorSwiftIsOverParty.

The documentary opens up with her playing a melody on the piano as her cat walks across the keyboard. It then smoothly transitions to a series of her childhood videos. These videos show the viewer how she has always had a relationship with music and how it has changed throughout the years. One video is of Swift in the early stages of her career, completely ecstatic that her song reached #60 on the Billboard Hot 100. Then in 2018, it shows Swift completely disappointed in herself and on the verge of tears when she hears the news that her sixth studio album, “Reputation,” wasn’t nominated for a Grammy.

In “Miss Americana,” Swift takes her fans on a self-discovery journey. She talks failure, sexual assault, politics, eating disorders, struggle and growth. Throughout this journey, she proves to herself and to others that she deserves all of the success she has received and more.

Swift is an empowering woman that is a great role model to young girls everywhere —not for her “American Girl” image of the early 2010s, but for her true, confident self. In the documentary, Swift said “I’m gonna make sure people know I deserve to be here.” This statement alone is extremely powerful and ambitious. She also mentioned how she was finally able to be free from “the muzzle” and how she feels happier now because of it. She is teaching girls everywhere to voice their opinions, to be ambitious, and to stay strong.

In the documentary, a more vulnerable side of Swift is shown. Her mother’s cancer is briefly talked about, resulting in some tears from yours truly. She also opened up about her own body issues and how she “felt really alone” and “really bitter.”

Through much struggle and heartbreak, Swift managed to break away from her good girl persona. She no longer is what people and men want her to be — she is true to herself and is still continuing to mature. She is rich and powerful, all thanks to her own hard work and ambition. “Miss Americana” is not only a testimony to her hard work, but it is also Swift shouting to the world that she will no longer be controlled.