Darron Boatright: The man behind the scenes of Wichita State athletics 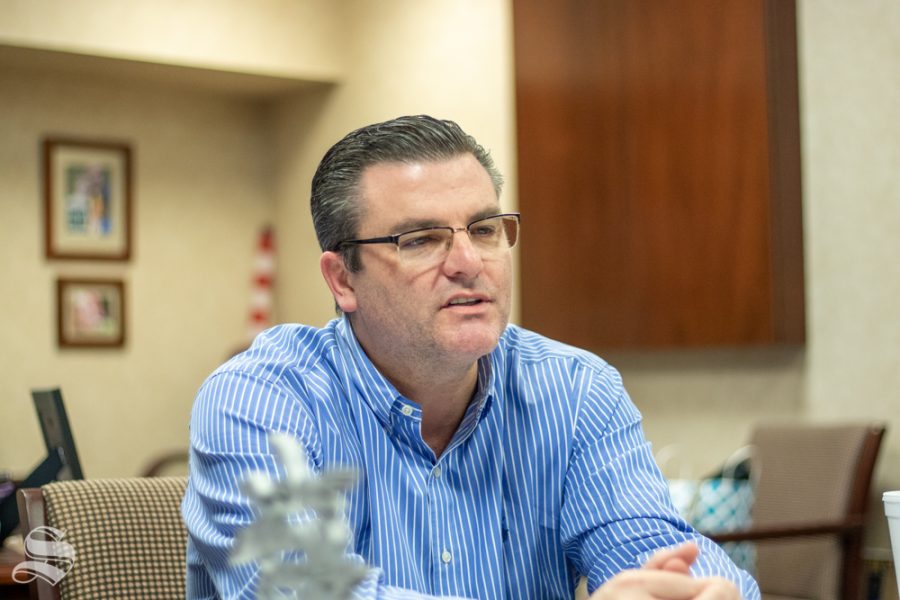 Darron Boatright took the reins of the Wichita State athletic department in August 2016.

Since then, he’s been busy — negotiating WSU’s move from the Missouri Valley to the American Athletic Conference and transitioning the department to an all-inclusive apparel provider in Under Armour, among other things.

Boatright likens his days to a quote from “Pawn Stars” host Rick Harrison: “You never know what is going to come through those doors.

“That’s the most interesting part of my day, because we have 120 plus employees, 200 plus athletes to attain a level of success and entertainment,” Boatright said.

In the past four years, WSU has captured 23 conference championships, made 17 NCAA Tournament appearances, and secured three conference all-sport trophies.

Under Boatright, the athletic program has maintained a 3.10 cumulative grade point average or above while hitting an all-time school record of 3.256 in the fall of 2018.

Boatright administered the move from the Missouri Valley to the American Athletic Conference in 2017. He also negotiated and transitioned the department

“We run to have a top-notch athletic program,” Boatright said.

Boatright spends much of his day busy in the office, but he said he makes a point of interacting with the rest of the campus community too.

“More than athletics, I also enjoy going into the Rhatigan (Student Center) and seeing non-athletic students bring a community that Wichita State is known for,” he said.

“They attend to as many games as I do,” he said proudly.