Poetry Out Loud competition at the Ulrich Museum of Art 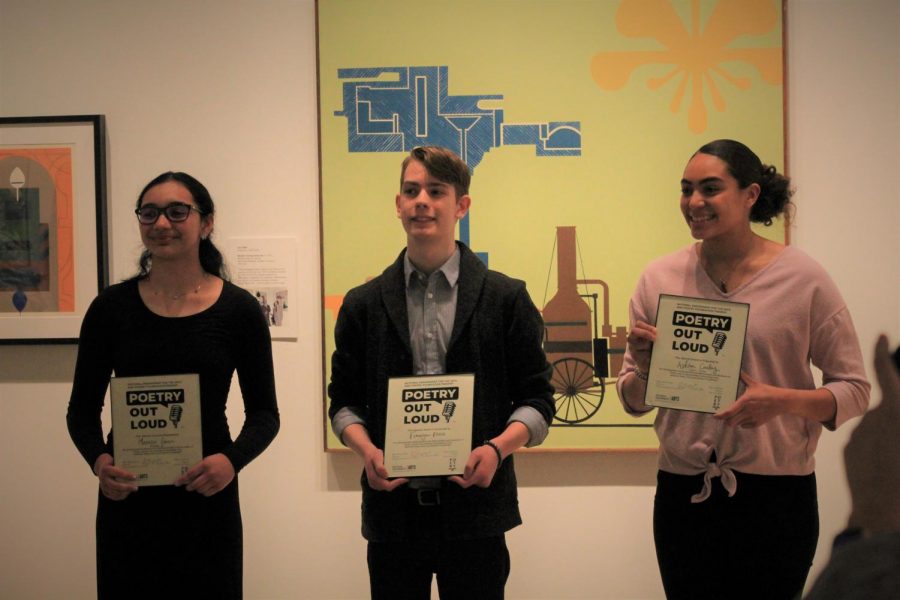 The Ulrich Art Museum hosted the Poetry Out Loud Regionals for the National Recitation Contest on Saturday.

Poetry Out Loud has encouraged students since 2005 to learn, memorize, and recite poetry from worldwide published writers. The program has reached three million students nationwide and awards prize money for its top winners at the national competition in Washington D.C.

The contestants for the regional competition were Conley, Finnegan Frock from Northfield High, and Manasvi Ganti from Wichita East High.

The competition was stiff, but after a tally from the judges, Conley was named the winner while Ganti took second place and Frock received honorable participation.

Conley will now have a chance to vie for the state title.