WSU students use app to organize around Democratic frontrunner 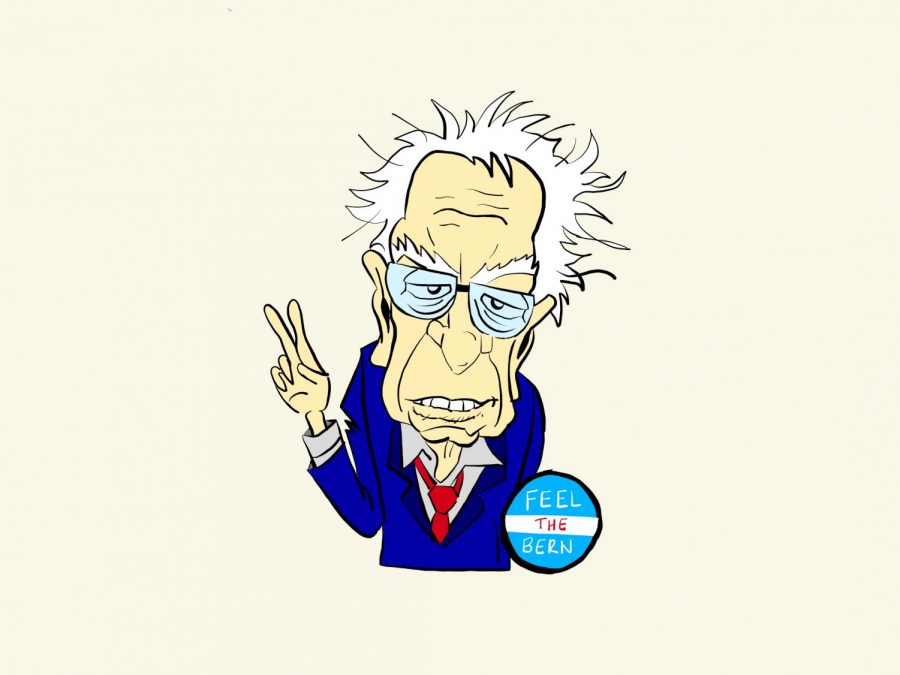 With the 2020 election year in full swing, some students are finding creative ways to get involved and do their part for the campaigns they believe in.

The app, affiliated with Vermont Sen. Bernie Sanders’ presidential campaign, is something like a social network for people who want to volunteer on the Democratic candidate’s campaign.

Sanders has surged to the lead in national polls and is coming off of a decisive victory in Saturday’s Nevada caucuses.

Graves said she found the BERN app after Sanders’s campaign emailed her about it. She said she thought it would be a great way for her to meet other supporters and to get involved.

“This is a person I support and I wanted to show my support for him on campus.” Graves said.

On Friday, Graves and sophomore music theatre major William Day volunteered to join a canvassing group through the app. Canvassing, a common method of political outreach, involves seeking out conversations with people about causes and candidates.

Friday’s canvassing event was created by freshman women’s studies student Kristina Young. Young is only 17, but will be turning 18 in time for the election on Nov. 3. In Kansas, that means she’ll be eligible to vote.

“I have been telling everyone my age that if they turn 18 by election time, they can vote in the election,”Young said.

“He has a lot of policies I really care about like medicare for all and the Green New Deal,” Young said.

She said the BERN app has been a great way for her to spread Sanders’ message and that other Wichita State students have held events through the app.

“Someone is even having people make buttons with them,” Young said.

“I had heard from my friends who have canvased before that it is a very fulfilling thing to do, Day said.” I love helping to bring awareness to the primaries and the process of the election.

Day said he did not support Bernie in the 2016 election, but he has canvassed with other Democrats on campus before.

Young and Kristina both urged students to be active participants in democracy — regardless of who they support.