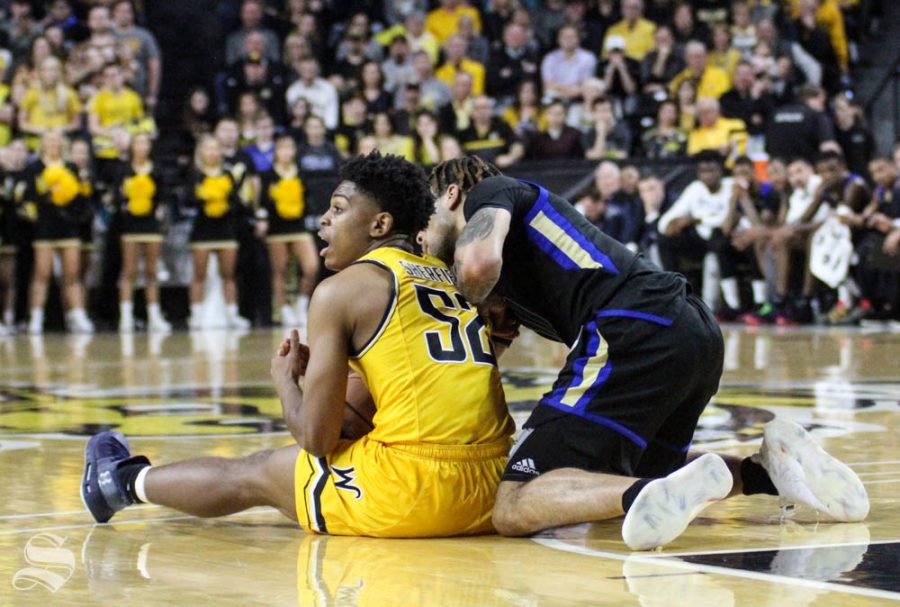 Wichita State freshman Grant Sherfield calls a timeout after grabbing a loose ball during the second half of the game against Tulsa on March 8 inside Charles Koch Arena.

Sherfield averaged 8.1 points, 3.0 rebounds, and 2.9 assists per game as a freshman this last season. He is a Wichita native who changed his commitment to the Shockers last summer from UCLA who was coming off of a coaching change. He’ll be seeing his third program in two years.

During the season, Sherfield was benched for one game, Temple, after rumors started circling that he had quit the team the day before. He returned to the rotation the next game.

Sherfield becomes the sixth Shocker to leave the team since the season abruptly ended on Thursday. He joins Erik Stevenson, Jamarius Burton, Noah Fernandes, and DeAntoni Gordon as the scholarship players who are departing. Tate Busse, a preferred walk-on, is also leaving the program.