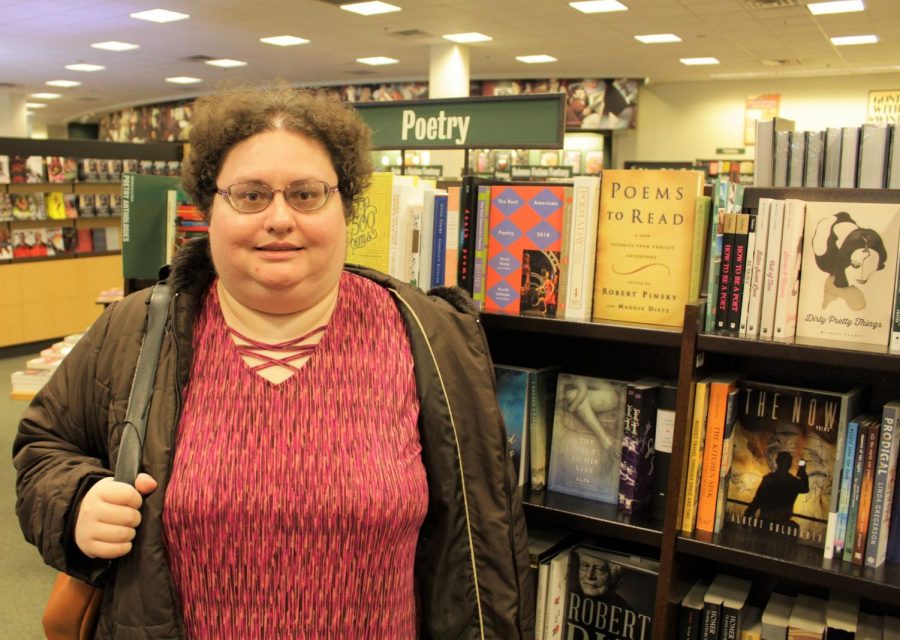 Hadassah Alderson's book "The Bible According to Eve: The women of the Torah," was published by Austin Macauley Publishers in February 2020.

For her whole life, Hadassah Alderson, a Kansas native, has been interested in philosophy and religion, seeking to combine those ideas into her poetry.

Written in blank verse and narrated in an all-female perspective, her book, “The Bible According to Eve: The Women of the Torah,” reiterates stories of the women in the Hebrew Bible. This epic encompasses the wives detailed in the books of Genesis, Exodus, Leviticus, Numbers and Deuteronomy, and often begins, or includes, direct Biblical quotations alluding to the poem’s prose.

When Alderson began her journey into writing poetry, she first began her research by reading the Tanakh Bible three times, keeping a daily idea journal to blueprint her poetry.

“You have to read it and then you can write about it,” Alderson said.

Alderson spends a lot of her time reading, which occasionally inspires her poetry.

Alderson received her bachelor’s degree in history, and studied philosophy at Wichita State, and maintains a fondness of the philosophies of Maimonides, Spinoza, and Whitehead.

Alderson’s knowledge of religion and philosophy began her 10 year stint in writing and editing her poetry, which compiled to over 1,900 pages. This published edition is the first quarter of her total work.

“Each generation has to have a new message,” Alderson said, and hopes to inspire new readers with commentary and insight into the Bible’s message, which can sometimes be hard to grasp or misunderstood.

“I want them to get that the stories of the Bible can be meaningful in a way that goes beyond simply being a hard book to read,” Alderson said.

Alderson chose to write from an all-female perspective to give women in the Old Testament a stronger voice.

“If I focused on women it would be a slant of approaching scripture that was different than what other people had done before,” Alderson said.

Alderson enjoys discovering the Bible’s side characters. Characters who would have otherwise remained unnoticed, unknown, or unstudied.

Alderson’s poems include narratives of the Sisters of Shechem, Potipherah’s Wife, Rachel’s theft, Lot’s wife, Elisheba, the Cushite wife, the Moabite princess, the rape of Dinah, and an excerpt of “Two Girls by the Nile.”

Alderson’s collection is a more extensive thought of women in the Bible and stands as a treatise to all those silenced characters in the Bible, and beyond.

“Because things are a certain way doesn’t mean they have to be,” Alderson said.

Alderson has suffered from mental illness, but that has not stopped her career of writing religious poetry, nor has it stopped her own religious practice in the Jewish community.

“If it doesn’t sound normal, they wonder about you,” Alderson said. “If you are mentally ill and you say you speak for God, well, they lock you up.”

Alderson remains a voice for those writers and religious individuals who have faith and strong ideas but may be suppressed by another’s interpretation of their mental illness.

Alderson’s advice to emerging writers is to not give up.

“If you really want to write you have to learn how to edit,” she said.

But in the end, when your work is published, it is well worth it.

Her book is available at Barnes & Noble Bookstore, and online at Amazon.com.