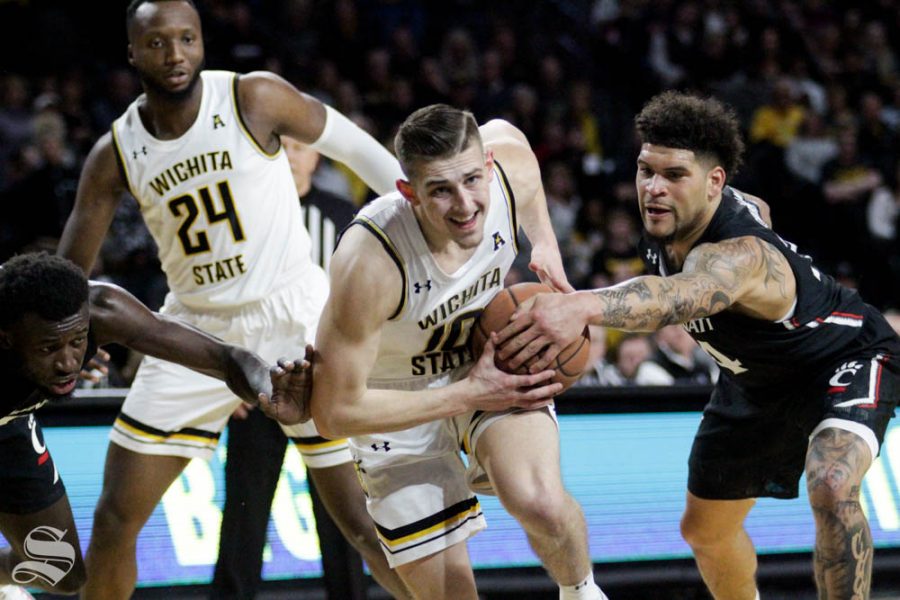 Wichita State sophomore Erik Stevenson gets stripped by Cincinnati's Jarron Cumberland during the first half of the game against Cincinnati on Feb. 6 inside Charles Koch Arena.

After Stevenson entered his name into the portal, he garnered a lot of attention from many different Power-5 schools before selecting the Huskies. Recently, Stevenson had cut his five teams down to San Diego State, Oregon, Gonzaga, and Maryland.

Stevenson excelled in the early part of the season for WSU, which included a career-high 29 point performance against Ole Miss. Later on in the season, he struggled to find consistency, but he ended the year averaging 11.1 points, 4.7 rebounds, and 2.3 assists per game.

The Lacey, Washington native recently told the Wichita Eagle that part of the reason he decided to transfer was due to the relationship that he and Gregg Marshall had.

“Coach (Gregg Marshall) and I didn’t have a great relationship,” Stevenson said. “Obviously we didn’t mesh. That’s probably the biggest reason why I’m leaving. I’ve got to find a better relationship and a better situation.”

The Shockers are yet to replace any of the six scholarships that departed so far in the offseason, but have remained active on the recruiting trail.