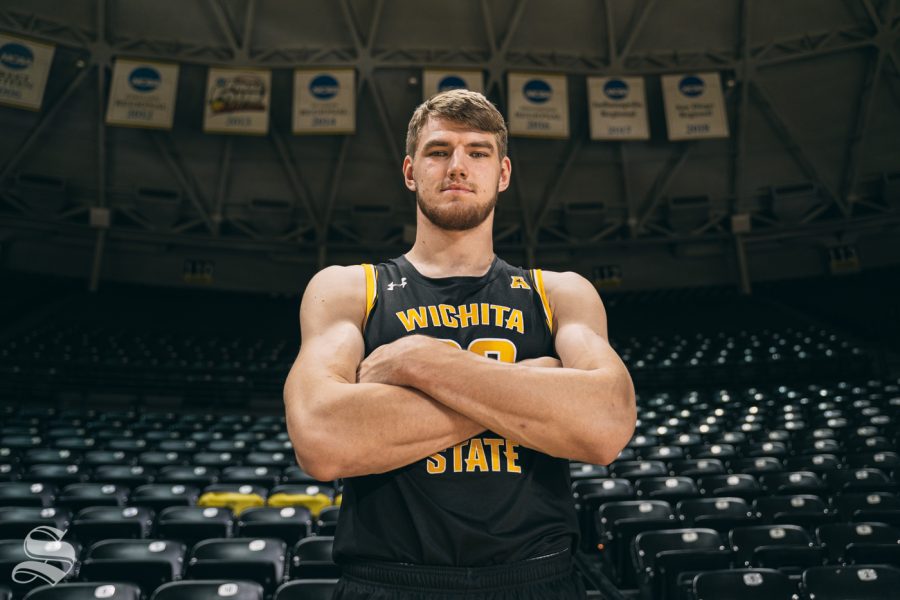 Wichita State now has the new national-high mark for players leaving a program with eight total.

On Friday afternoon, soon-to-be senior center Asbjørn Midtgaard entered the transfer portal, the seventh scholarship player to do so since the season ended two weeks ago and eighth total player on the roster – walk-on Tate Busse has also left the team.

Midtgaard had a breakout season during his sophomore season as he went on to average 3.9 points and 3.1 rebounds while averaging 11.2 minutes per game. This past season, he struggled to find minutes in the rotation this past season and only averaged 1.5 points and 2.0 rebounds in 24 games.

The Dane’s transfer leaves WSU with one true-big man on the roster with Isaiah Poor Bear-Chandler. Midtgaard was the longest-tenured member on the roster after playing for WSU the past three seasons.

With Midtgaard’s decision, Wichita State now has seven scholarships available for the 2020-21 season. So far three of the seven scholarship players to enter the portal have found new schools. WSU is yet to land a commitment for the spring recruiting period.