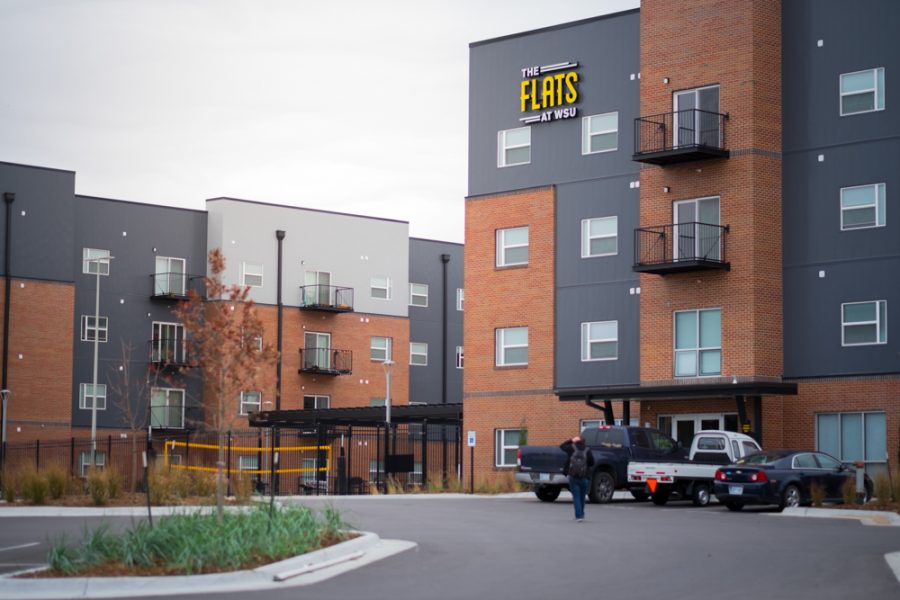 The Flats is a private apartment complex on Wichita State's Innovation Campus.

The Wichita State Police Department sent out an alert early Saturday morning about a sexual assault that occurred around noon on Wednesday at The Flats.

The alert said that the victim was exiting their apartment when the suspect, waiting in the hall, held the student at knife-point and forced entry into the victim’s apartment.

Police Chief Rodney Clark said there is no immediate danger to anyone on campus.

“They (the victim) waited for something that allegedly happened on Wednesday to say something on Saturday morning,” Clark said, regarding why the alert was just now sent out to students.

The suspect is a white male, 5-6 with a medium build, who is approximately 35 years old. He was last seen wearing a black hoodie with blue jeans and gray boxers.

“We’ll patrol over there more, but people that live there need to take some responsibility too, and not, you know, like put rocks in the door and things like that,” Clark said. “That helps that helps with keeping people out.”

While students have left campus due to the COVID-19 outbreak, Associate Dean of Students Scott Jensen said there are still 110 students living on-campus.