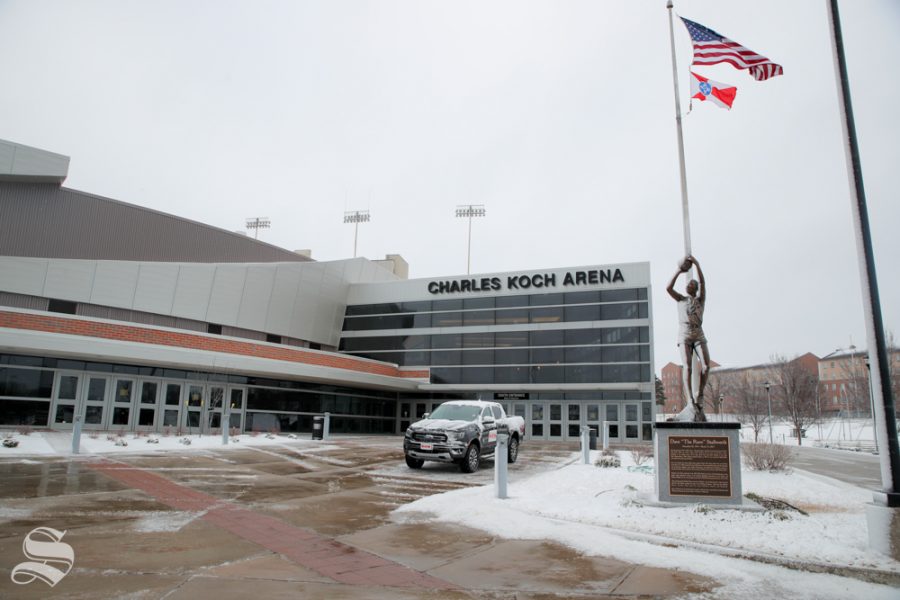 The bill is in relation to the Kansas Board of Regents Policy Manual, which gives shared governance to the student governments by stating that proposed changes to “fees required of every student as a condition of enrollment, student housing fees, building construction fees, changes in academic fees, and tuition rates” should be submitted to to the respective SGA prior to board approval.

SGA is asking for the athletic fee to be submitted to the senate for consideration. The bill contests that not having this oversight hinders the organization’s duty to represent the student body by recommending allocations for certain portions of the fees.

Late WSU President John Bardo was the one who took control of student athletic funding years ago when the men’s basketball program started its rise in popularity.

“He (Bardo) wanted more control over what athletics was getting,” Assistant Dean of Students Nancy Loosle said at Wednesday’s virtual meeting. “He wanted athletics to grow in general, with hiring of coaches — and with more emphasis on the men’s basketball program. He felt like it wasn’t enough funding going towards them.

“It was an aspect for him to grow enrollment.”

With the passage of this bill, SGA is asking to regain their representation in the funding process.

Athletics’ yearly financial reports do not specify how much money went into each sport. Funds are labeled as “non-program specific.”

The biggest jump in funding occurred from 2017 to 2018, when WSU transitioned from the Missouri Valley to the American Athletic Conference and student athletic fee funding jumped by $1,256,212. Prior to 2018, yearly funding was in the $2 million range. Each year since, it’s been in the $4 million range.

Last year, students paid roughly $300 each towards athletics. The average over the last five years is roughly $245.