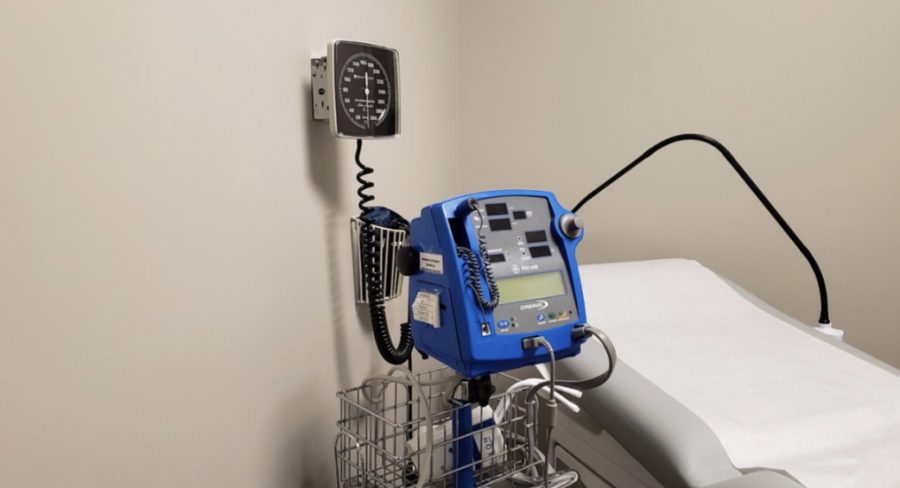 The Wichita State College of Health Professionals will begin accepting students to a new satellite nursing program in the fall 2021 semester as part of a collaborative dual degree program with Kansas State called the Pathway to Nursing Program.

The program gives K-State students a way to earn a three-year bachelor of science (BS) degree in the College of Health and Human Sciences and immediately move to Wichita State’s traditional bachelor of science in nursing (BSN) program in the College of Health Professions. The Kansas State Board of Nursing has approved the collaborative degree program.

“To better serve K-State students, their dean came up with the idea — ‘Hey, let’s partner with Wichita State.’ When we heard that idea, we thought, ‘Absolutely,’” said Stephen Arnold, interim dean and professor in the College of Health Professions. “I mean, to increase the capacity of our nursing program? Good Lord, we need nurses now more than ever, and there’s continual demand.”

“It’s a nationwide shortage. We can’t train them fast enough. It’s the same in a lot of the health care professions,” he said.

The program gives K-State Wildcats two years of Shocker education at the tail end of the five-year dual degree track.

Arnold said the two degrees would help students stand out when they go to get a job.

“Of all the students that are graduating every year, anything you can do to put yourself out in front of the pack and look unique and be special is helpful,” he said.

Before the Pathway to Nursing Program, K-State had no nursing degree options to offer its students.

“This is for those students who are situated in the Manhattan area, who are coming from the College of Health and Human Sciences,” said Voncella McCleary-Jones, associate dean of WSU’s College of Health Professions and chair of the School of Nursing. “What students might do is they may peel off from Kansas State and go to wherever they might go, to do a nursing program. Because Kansas State did not offer one, they were losing students.”

After completing those three years in the College of Health and Human Sciences, students will need to apply to WSU’s Traditional BSN program. If admitted, those students will be able to complete a nursing degree through WSU’s satellite program in Manhattan.

“The only thing that the two programs share are those prereqs usually done in that first two-year period of a four-year bachelor’s degree,” McCleary-Jones said.

Once admitted to K-State, a student wishing to partake in the dual degree program must declare a major in the College of Health and Human Sciences and declare that they are pre-nursing to be eligible to apply for WSU’s Traditional BSN. K-State advisors will instruct students on which courses for the BS degree meet WSU’s BSN program requirements as well.

“What they’re doing is completing that K-State degree, and with the applicable course credits, we will accept the Gen Ed type of coursework,” McCleary-Jones said. “Then, they will finish two years of just nursing focused items.”

He said the two universities are joined at the hip for this program.

“It’s totally collaborative, and all of the instruction will happen at K-State with WSU instructors,” he said.

There are several extra costs for this dual degree program that the university needs to counter — not the least of which is building a satellite facility with training amenities in Manhattan.

Enrolling in this nursing program with WSU will cost more than enrollment at WSU’s traditional BSN at the Wichita State campus. It’s actually templated off of WSU’S accelerated nursing program, McCleary-Jones said. The provost and those who handle the university budget are coming up with the exact pricing.

Though students will apply to the traditional BSN degree program and not the 13-month accelerated degree track, the price of enrolling in the Manhattan-based nursing program will look more like an accelerated approach than a “traditional” one.

Arnold said he’s not sure if they’re ready to announce the costs just yet but did confirm it would be higher than the current price of the traditional BSN program at the WSU campus.

“The accelerated nursing is a great model,” he said.

There’s work to be done before they can begin admitting students, which is why the university won’t accept students for the program this fall.

“There are a lot of sequential pieces and collateral pieces that have to come together before we can go live,” McCleary-Jones said.

“There’s a lot of hands-on psychomotor skills that you attain within a nursing program. We do things from the hands-on to simulation with high-fidelity mannequins. We logistically have to make sure all those items are in place and in working order, and of course, the faculty and staff are needed in that location,” she said.

“We’ve got to hire local faculty, which we’re in the process of doing, and then the program will be overseen by the leadership of the nursing program here at Wichita State.”

Will current K-State students be eligible to apply in 2021?

McCleary-Jones said that isn’t out of the question, but it’s more complicated than it would be for those who begin at K-State with this dual degree in mind.

“The straightest or most uncomplicated path would be as soon as you arrive as a freshman, then you make that declaration and then from that point, you’re on that sequence path you’d need to be eligible to apply,” she said.

“If there’s someone that’s already finishing up their freshman year and they decide, ‘Hey, I’d like to do that,’ they would need to go in and meet with the advisor there because they have several different program tracks. So depending on which Health Science Program track they were in and then look at, okay, coursework, how’s it line up, and where do you go from here? It depends on where they are in their coursework. That’s what the K-State advisor will be advising them [on] from that end.

Students will only be recognized once they complete an accredited program of study of nursing and then fit for their national Licensure Exam as a registered nurse.

Visit the new WSU and K-State Pathway to Nursing Program website for more information about the program.