Student fees to be deliberated – again, no, wait, again? 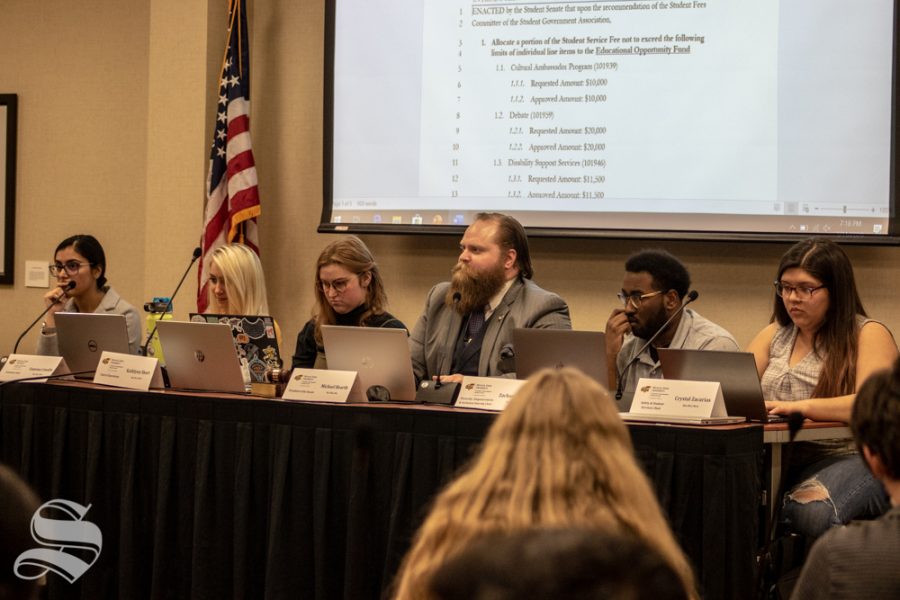 Vice President Michael Bearth oversees debate on a proposed 1.5% student fees increase. The first bill failed and was sent back to the student fees committee.

From this executive order, the university also announced that they are potentially seeking to not increase tuition next year, along with other Kansas regent universities. President Jay Golden was floating around a 2% increase in tuition for the upcoming academic year at town halls these past weeks.

“By the time we looked at it (the fee recommendation), you know, weeks ago, I don’t think anyone truly 100% knew the potential financial issue we’d be dealing with or that our students would be dealing with when we made the recommendation,” Student Government Advisor Gabriel Fonseca said, “and now that it’s been about a month, and that number was released, I think the request is asking us: do we stand by that number or if you want to reconsider the number or so we stand by the increase or do we want to consider a decrease?”

Committee members will meet Thursday to discuss the fee allocations.

The first fee deliberation meetings lasted a total of 14 hours, with an 11-hour marathon session, that recommendation was sent back to the committee. The second recommendation, deliberated for only two hours before campus was shutdown due to COVID-19, was ultimately passed by the senate.