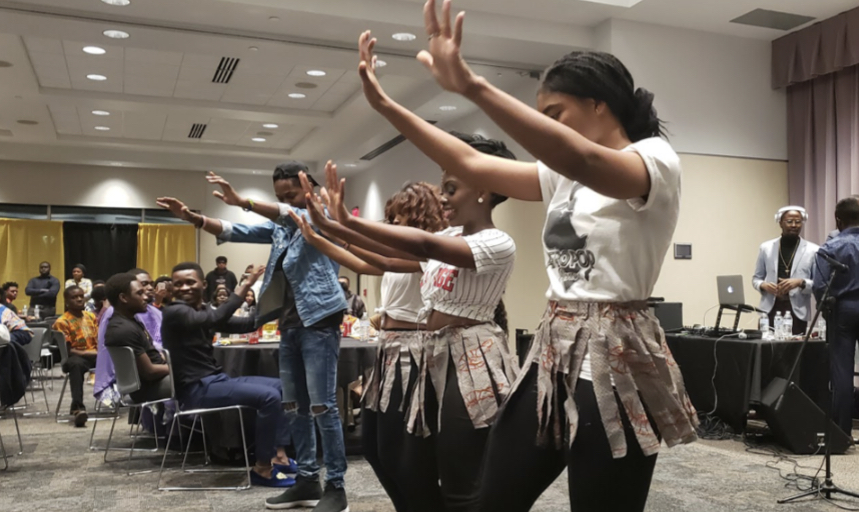 There are plenty of unknowns surrounding what Wichita State’s student population will look like this fall. How and where students seek higher education and the individual investments people make to get a degree from an American university could fluctuate significantly in upcoming months.

Domestic students who are U.S. citizens are at an advantage right now, as their decisions about what comes next academically are mostly up to them. While traveling to or from some states could mean facing a 14-day quarantine on the other end, travel is still possible.

Meanwhile, for international students, there’s a dizzying array of complications around gaining entry to the U.S., which could lead to WSU having a less diverse student population next year. In fact, it’s pretty likely.

If international students aren’t able to get to the U.S. for fall 2020, the financial impact on WSU could be significant.

Challenges on all fronts

“There’s just gonna be no chance for new (international) students to come for summer,” Altum said. “It’s not that we have a huge summer program to begin with, but we do get some.”

Altum said that for a usual summer, WSU gets a handful of new graduate students and roughly 40 new undergraduates.

“It’s two very different challenges,” Altum said. “My office’s biggest challenge is keeping track of all of the latest news, because if you’re from any country on the planet, or from about eight states, those students have to be quarantined for 14 days after they get to Wichita. We also have to deal with the 32 or so countries that are currently prohibited from coming to the U.S. at all because of COVID-19.”

Altum said about 100 U.S. embassies are currently closed, which means students in those countries cannot apply for Visas to study in the states. The U.S. State Department is not processing requests for Visas and it’s unclear when that will change. The backlog alone could prevent students from gaining entry in time to participate in fall classes.

“Our biggest challenge is our students want to be here, and they can’t,” Assistant Dean for Graduate Enrollment Management Aaron Coffey said.

“We are having conversations about what it would look like if we were not able to get any new international students on campus for the fall, and what does that look like for some of our colleges?” Coffey said. “So we are having those conversations but also thinking and supporting their decision, you know.

“We want them to be safe. We want them to prioritize their family and themselves in this situation. If that means not rushing and taking their time to come in the spring, how can we be accommodating of that?”

He said the challenges facing both undergraduate and graduate international students right now are daunting.

“We have faculty (and students) that are trying to move their research forward, but the students aren’t able to come onto campus,” Coffey said. “With the current students, the reason that they’re here, while it is to get an education, for a lot of our graduate students, especially at the Ph.D. level, it is really to do research and they’re losing that opportunity, and we don’t know how long for.”

“We don’t want people to think that there’s no future at all. I mean, let’s hope that students don’t think that this is the end of the planet, you know. They should be thinking about the future,” Altum said.

The cost of losing international students

Beyond the financial and academic implications for individual student, losing out on international students would be a fiscal blow to WSU at large.

The estimated costs to international students for the 2020-21 academic year aren’t cheap if they are able to get enrolled for the next semester. Applying to WSU costs between $75 and $135 for international students, and those fees don’t get waived like they do for some domestic students with financial limitations.

Add on the cost of a visa, vaccinations, airfare, and you get a better picture of what it means to invest in international education. A student visa is required to study in the United States. Applying for a U.S. Visa costs $160.

As of fall 2019, there were 1,115 international students seeking degrees at WSU.

If none of those 1,115 international students returned for fall 2020, the university could lose as much as $16.5 million dollars.

All parties remain hopeful that this won’t be the case. At Thursday’s virtual town hall meeting, University President Jay Golden said there is currently “slight” enrollment decline in returning students.

Altum and Coffey said they want to see international students back on campus and succeeding. The university has a lot to lose if they’re unable to return.

“I think everyone expects this just to be a short-term issue, and that things will get back to normal at some point,” Coffey said. “And I think everyone’s expectation is that in August, when everyone returns back to school, everything is going to be very normal. Let’s cross our fingers.