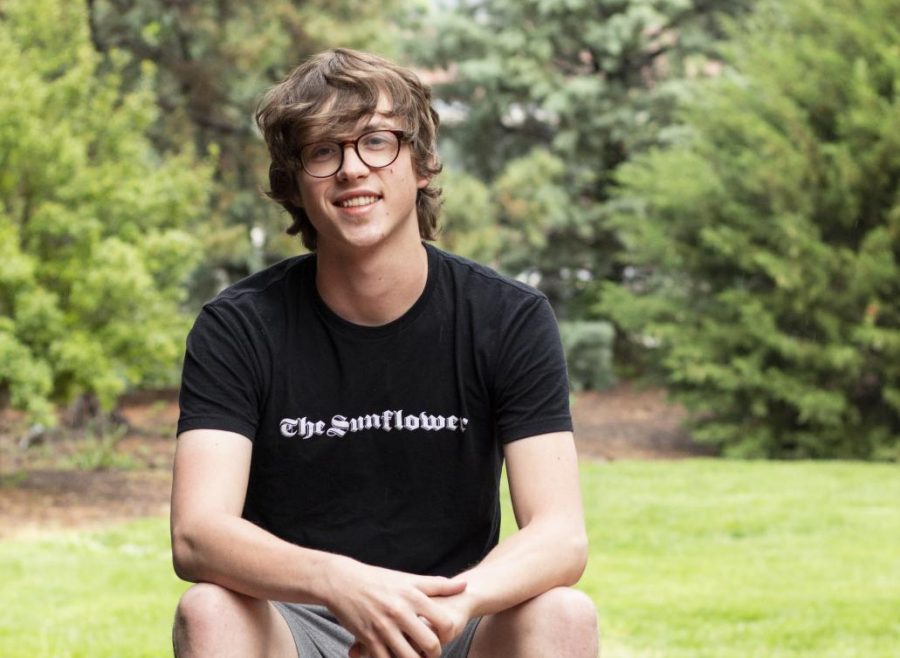 Every so often, I’ll hear a quote and instantly know it’s the kicker for my story. In general, though, perfect endings are hard to come by.

I didn’t anticipate my senior year ending like this, but journalism has taught me not to assume much of anything. Better to appreciate what I know for sure, which is that it’s been a phenomenal ride.

Time plays tricks on me. Sometimes an eight-hour editing shift drags on for an eternity. Sometimes four years fly by like an ambitious deadline.

College journalism isn’t for the faint of heart. Going to sleep at 4 a.m. Dragging yourself out of bed to cover an 8 a.m. meeting. Drinking black coffee out of a disposable water bottle — I’ve been there.

But what could be more rewarding?

This job has afforded me incredible opportunities, from interviewing Mike Pompeo at the height of the Ukraine scandal to watching students meticulously dissect human faces in the Ahlberg Hall cadaver lab.

To everyone who has entrusted me with their story to tell, thank you.

An exasperated university official once felt the need to ask me if I would let someone publish Nazi pornography on my watch. For the record, no.

Before college, I wasn’t one to question authority. I’m no longer afraid to hold power to account. Getting the hard stories right is addictive.

If I hadn’t gravitated to the basement of Elliott Hall as a freshman, I’m not sure who I’d be today  — probably someone who’s less passionate about em dashes and Oxford commas, among other, more important things.

The bonds forged in a newsroom are unlike any other.

It was here at The Sunflower that I fell in love with my exquisitely beautiful and talented girlfriend, Madeline Deabler. I cherish the long hours we’ve spent working together, side by side, to create a paper we’re proud of.

This is where I found my people — the most driven, gifted, and hilarious people I know. We’ve had more fun than I knew you were allowed to have on the job.

To our faculty advisor, Amy DeVault, thank you for putting up with everything we’ve thrown at you over the years. Thank you for listening. It means more than you know.

And of course, I would be remiss if I didn’t thank my parents for supporting me selflessly through it all and for showing up with food like clockwork just when production nights started feeling hopeless.

The beauty of a college paper is that you can never get rid of us all. By the time the wide-eyed freshmen become seniors writing sappy farewell columns, another wave of dogged reporters has been trained to take our place.

I take solace in that fact.

To incoming editor in chief Daniel Caudill and next year’s Sunflower squad, keep seeking and telling the truth. I know I’ll be reading.