Farewell from Deabler: For all the people who have changed my life at Wichita State… 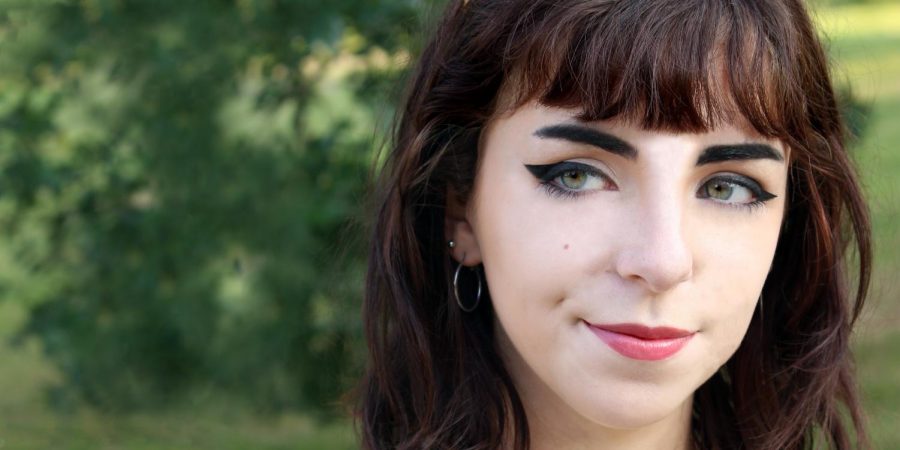 After five years of college, graduation day is fast approaching — a pivotal day that marks the next saga in my life — and it couldn’t be more anticlimactic.

At least Wichita State isn’t having their graduation ceremony on Roblox, I suppose.

I’ve met so many people at Wichita State who have inspired, challenged, and helped me when I’ve needed it the most.

I started my journey at WSU as a communications major. I loved my classes but was unsure about my future in journalism and where I would fit in as a puzzle piece in the bigger picture.

During the spring semester of my freshman year, I decided to take a graphic design course as an elective. In high school, I preferred designing the yearbooks and newspapers to writing them.

The class was Typography I with Jim Hellman, a teacher who needs no introduction at the ADCI School. He’s been teaching for the design school longer than anyone else I know, has put off retirement for too many years, and continues to do so much for the school. Jim, you need a raise.

To help with the critique for our final project in the class, Jim brought in the director of the ADCI School. That’s when I met Jeff Pulaski. It was the first time I ever had to pitch a project to a superior, and I couldn’t have been more nervous.

However, Jeff was just as encouraging as he was critical. He praised me for what I did right but also encouraged me to explore more design options on elements that weren’t working. Later that week, as I was leaving campus for the final time that semester, I ran into Jeff again as I was crossing the street to go home. I’ll never forget the conversation we had that day.

He heavily encouraged me to change my major to graphic design, saying my class project showed I had more than enough talent. You inspired me to change the course of my life, and it ended up being one of the best decisions I’ve ever made. You continue to inspire so many students every day, Jeff. If you hadn’t pulled me aside, I wouldn’t be where I am today.

Through the art school, I was able to meet so many talented, like-minded young artists I now have the pleasure of calling my friends, including my best friend and now roommate, Megan Stull. She’s an incredible illustrator, and doesn’t give herself enough credit when it comes to design.

She also did one of the most thoughtful things anyone has ever done for me. Megan, you saw I was struggling and helped me schedule my first therapy appointment. Nobody has ever done something like that for me before and I wouldn’t have gone if it wasn’t for you.

I also met my good friend Dustin Youngman. After working with Dustin for a number of years, both in and out of school, I’ve come to learn that he’s probably the biggest smart-ass — but also the most multi-talented designer the ADCI School has ever seen.

I know you’ll both kick-ass next year as seniors.

Though the course of my academic career shifted from journalism to graphic design, I’ve never abandoned my true home in the basement of Elliott Hall.

The Sunflower was the first place I visited on campus my freshman year, and it was the last place I left as a senior.

The people I’ve met throughout my years working at the paper have become some of my closest friends.

We’ve pulled countless all-nighters, traveled the country together, and swept competitions everywhere we’ve gone. Back at home, we faced threats to our funding from people who couldn’t stomach our fearless fact-finding and truth-telling. The university even put out a Shocker Blast calling us fake news.

The odds have been against us in so many instances, but we’ve never stopped pushing for what we believe in.

I’ve never been more passionate about anything in my entire life than my work at The Sunflower. Sometimes that passion got in the way of such trivial things as my classes and my health, but I didn’t care.

It was through these close friendships at The Sunflower that I formed my relationship with Matthew Kelly. We put a paper together that was one of the best volumes The Sunflower has seen in years. I’m so happy I was able to work alongside you and I know you’re going to kill it at your internship with The Kansas City Star.

Maybe it’s quarantine that has me reflecting so heavily on my college career and the people I’ve met, or maybe it’s the fact that I won’t have the graduation ceremony I’ve been working towards for five years.

Anticlimactic or not, I can’t help but look back on my five years at Wichita State and remember them fondly. I’ll carry these memories with me for the rest of my life.