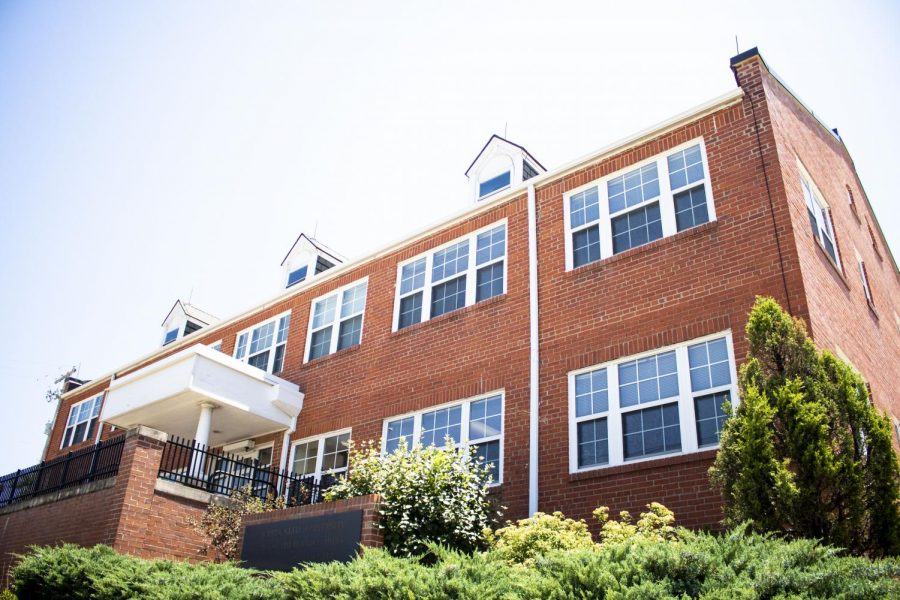 U.S. District Judge Allison Burroughs in Massachusetts said the federal government reached a settlement to void the ruling with Harvard University and the Massachusetts Institute of Technology, both of which sued the Trump administration for the initial ruling.

Wichita State is trying to keep international students on track to graduate after the federal government ruled foreign students enrolled at online-only colleges this fall must leave the country or transfer to a school with in-person instruction.

International students who remain enrolled in a fully online course load could face immigration consequences including, but not limited to, removal from the country, according to the guidance from Immigration Customs and Enforcement (ICE).

The WSU Office of International Education (OIE) sent an email on Tuesday advising all international students who plan to stay in the U.S. to enroll in at least one fall course that is not entirely online and includes a physical presence component.

“Students who have no physical presence requirement for any of their Fall 2020 courses will be required to leave the U.S.,” the email states.

With WSU’s hybrid approach this fall, international students will be allowed to stay in the country as long as the university can prove the students are not enrolled fully online and are taking the minimum amount of online credits to make progress on their degree, according to the OIE.

ICE’s recent guidance has created uncertainty for foreign students, many of whom are still in the U.S.

Precious Oyetunji is a WSU student from Nigeria. He previously lived in Barbados and the British Virgin Islands. On the day of the announcement, he said international students were panicked.

“There were a lot of questions,” Oyetunji said. “People were freaked out.”

As the former vice president of the African Students Association, he reached out to African students at WSU to let them know what was happening.

“People were saying that they’re probably trying to force the schools to open, they’re probably trying to use us to force the schools, in general, to have in-person classes in the fall,” he said. “And I think, just a few minutes ago, I was watching the Department of Homeland Security on television and the deputy secretary basically confirmed that.”

Visa requirements have historically forbidden international students from coming to the United States to study entirely online. Usually, foreign students can take no more than one online course per semester.

But the government made exceptions for international students this spring after U.S. colleges and universities began closing to limit the spread of the coronavirus.

Many international students couldn’t leave the States in the spring because their home countries have or had travel bans. Those students scrambled to find housing and make ends meet after schools closed.

International students who were able to leave the country, for the most part, couldn’t get back into the U.S. in time for summer sessions due to travel restrictions and long wait times for visas and other government documents.

For the fall semester, the federal government will not issue visas to students enrolled in online schools or programs, nor will it permit these students to enter the U.S. The decision is facing backlash as some traditionally in-person institutions move online again this fall because of the coronavirus pandemic.

Harvard University, which is moving online for the fall semester, filed a lawsuit on Wednesday against the Trump administration for the decision, alongside the Massachusetts Institute of Technology. The state of California announced Thursday that it will also challenge the decision in court.

While WSU is currently able to protect its international students through a hybrid format, it is not clear what might happen if the university ultimately has to cease all in-person classes in the event of a coronavirus outbreak on campus.

“Because the recently released guidance contains some ambiguity, it raises questions and potential legal concerns,” said Vince Altum, executive director of the OIE, in an email to The Sunflower. “WSU is actively discussing the implications for students here.  Once we have clear direction (or perhaps additional guidance from ICE), we’ll notify all of our international students.”

It is clear, however, that leaving the country or transferring institutions could throw international students off their academic tracks.

Foreign students who leave the U.S. and want to return must reapply for visas after 12 months away from the country, submit new proof that they or their parents are financially stable and may have to retake some courses upon return. The application fee alone is $350.

President Jay Golden said in a statement Thursday night that WSU is “working hard to minimize the impact this guidance may have on our [international] students.”

“As a leader of a university with a large population of international students, I take very seriously the worry and burden this guidance puts on our students,” Golden said. “Wichita State would not be what it is without the diversity of thought, culture and traditions that our international students bring to the campus community.”

WSU reports that 1,727 international students were enrolled in fall 2019, with 1,257 in undergraduate programs and 470 in graduate programs. Of those, the OIE says about 1,180 were living in the States and would be impacted by the new ICE guidance.