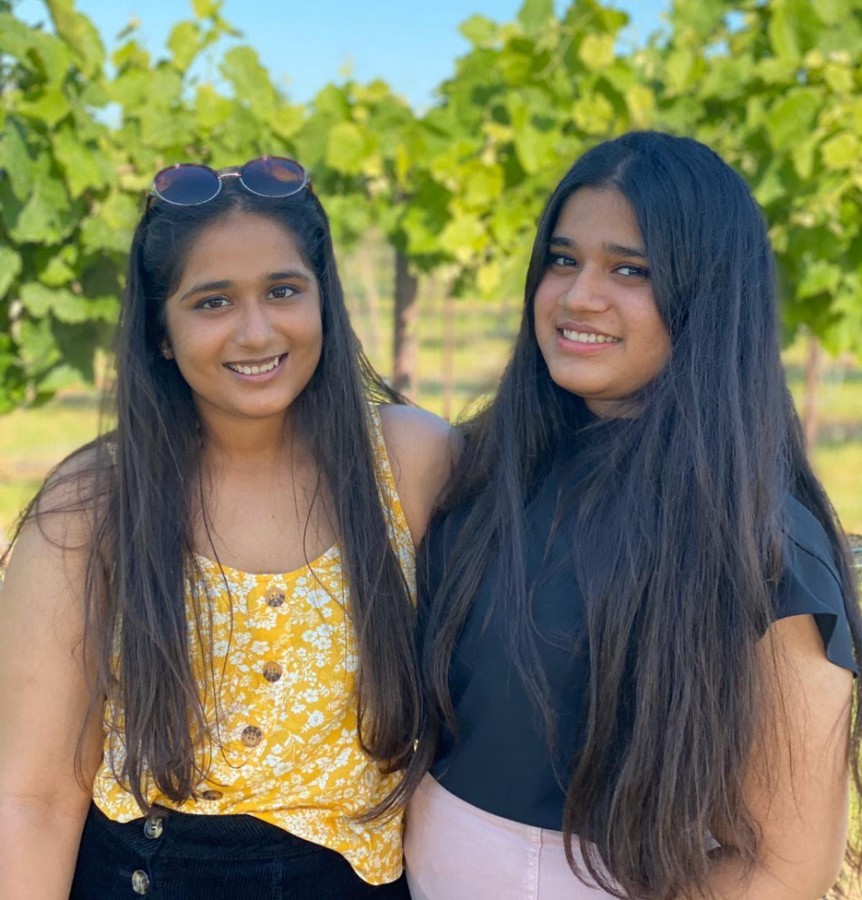 Sheilja Bhatt, left, is president of the WSU International Student Union. Her sister Divija, right, is trying to transfer to WSU from Rutgers because the school has had confirmed cases of the coronavirus.

Sheilja Bhatt is a Wichita State student from India. Her goal is to complete her senior year with as little disruption from COVID-19 as possible. But being an international student means she has more to consider than what classes to enroll in.

She and her younger sister, Divija, a student at Rutgers University in New Jersey, are two of the thousands of international students in the United States who were stressed by the July 6 guidance by ICE that international students needed to enroll in a certain number of in-person classes to keep their student visas.

The guidance, which has since been rolled back, would have subjected international students to deportation if they did not take in-person class. The guidance threw higher education institutions into a panic as they weighed whether or not to reopen their campuses for in-person learning in the fall.

Because Wichita State had already planned for a hybrid model of instruction this fall, WSU’s students were in a better situation than those from schools with fully online coursework. But international students still had many questions.

Sheilja and her sister have been in Wichita since March, before American colleges and universities began shuttering campuses and sending students home. The sisters chose to stay in Wichita over the summer because getting out of the country was especially tricky, and returning wasn’t guaranteed.

“Now I feel it was a good decision to stay here because people who went home in March, how will they come back? Incoming flights are not working really,” Sheilja said.

Though the situation has changed, international students still have tough decisions to make.

Divija, for example, is trying to transfer to WSU from Rutgers, which recently announced it would be going completely online because the school has confirmed cases of COVID-19 on campus.

“My parents are afraid to send her to school in New Jersey because of the number of cases out there,” Sheilja said.

Divija’s attempt to transfer to WSU is no small task.

She said she’s completed her application for WSU but will have to fly back to New Jersey to get her belongings, her car and the necessary documents for her I-20. That’s required before she can submit her transfer papers, and time is ticking with the semester beginning in just a few weeks.

Sheilja said this had been a tough call for her sister. They’re both sad to see her leave Rutgers.

“She is not ready to leave her university. She went to her dream college,” Sheilja said.

“I’ll be more connected to the professors. There are plus points for transferring to WSU because it’s a small university and everything so I can be more involved,” she said. “At Rutgers, there’s a lot of competition, and I get less chances.”

“I feel that in-person class makes me learn better,” said Sheilja, who studies aerospace engineering.  “I’m scared because this is my senior year, and I have senior design over this semester. I’m obviously tense.”
Glad you came
Andrew Hippisley, dean of the Fairmount College of Liberal Arts and Sciences, told The Sunflower that he was concerned that the ICE decision would signal to international students that they weren’t welcomed or appreciated at American universities.

Hippisley is no stranger to the world of international education. He talked fondly of his experience as an international student studying in Russia.

“You’re already in a situation where there’s a real hunger to be welcomed. You’re craving being accepted,” he said. “And that’s what I felt.”

Hippisley carries that lesson with him today as the leader of one of WSU’s biggest colleges.

“When we have guests in our country, I sort of feel that we can’t just be accepting, we have to go overboard to some extent,” he said. “We really, really — we’re not kidding you — we really do want you here. We really do value you being here. We are so glad you came.”

“This is something that I think WSU is very good at. We’re very good at welcoming our international students.”

But beyond that, Hippisley said, they introduce local and domestic students to the larger world and broaden their educational horizons.

“International students are going to be educated here, of course, that’s the primary point of them coming. But a function of them coming is to educate us,” he said. “I really hope that this awful situation that we’re in right now maybe will encourage our students to try and be a whole lot more welcoming and try and learn a lot more from them.”