Shockers in the Pros: How WSU alumni are fairing in their return to sports 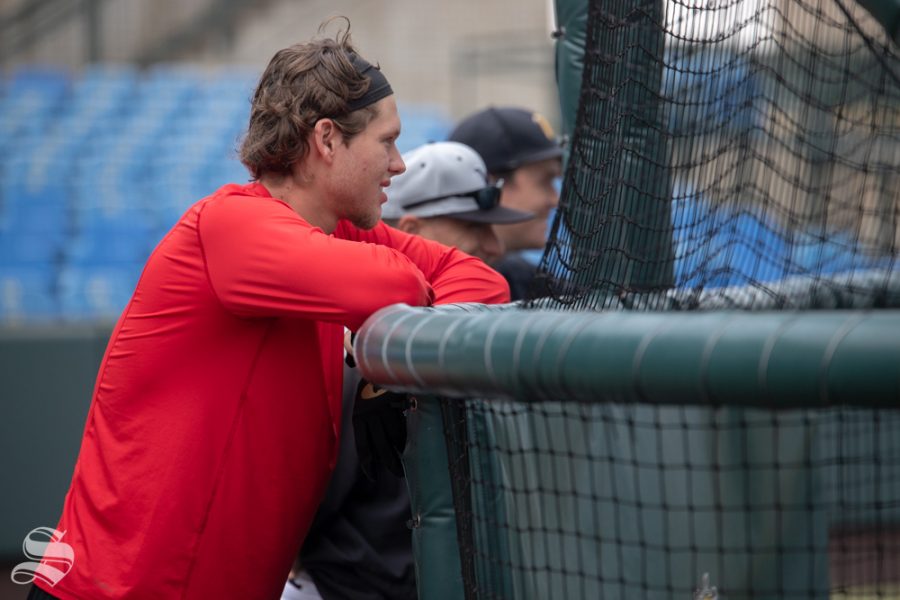 Currently, there are no games on Wichita State’s campus but Shocker alumni are still making an impact in the sporting landscape.

Although there are many question marks that remain regarding the world of sports, both the NBA and MLB have found ways to show how sports can be conducted in a safe and exciting manner. Across the two sports, six total former Shockers have taken part in the sports journey to come back and have had great success.

With that being said, here is how every former Shocker is doing in their return to play:

After being a top-three draft pick in the MLB two years ago Bohm has gotten off to a hot start in his MLB career.

Thus far, Bohm has played in 14 games since making his Major League debut on August 13. In those 14 games since his debut, Bohm has hit for a batting average of .265 along with an OPS of .745. Bohm has also launched one home run and six RBIs.

In his first year at the MLB level, Heuer has found some success in the White Sox’s bullpen after being drafted by Chicago two years ago in the sixth round.

So far, Heuer has appeared in eight games for White Sox and has pitched 10 innings while giving up three earned runs which is good enough for an ERA of 2.70. Heuer has also been able to strike out 10 batters in those 10 innings pitched.

Despite being drafted by the Pittsburgh Pirates in the 25th round of the 2012 MLB Draft, Smith made his MLB debut last year playing with both the Cleveland Indians and Miami Marlins.

After the Marlins had an outbreak within their team, Smith was called up from the team’s alternate site. In two games pitched, Smith has given up two earned runs in 1 ⅔ inning pitched. Smith has been effective in the strikeout category after collecting four strikeouts in those two games.

After being drafted by the Colorado Rockies in the 2015 MLB Draft, Hilliard has been able to stick at the MLB level after a successful rookie campaign.

So far, Hilliard has played in 21 of the Rockies’ 33 games and currently has a batting average of .234 along with three home runs thus far. Hilliard has also collected six RBIs and an OPS of .788.

Following a year in which VanVleet was a major contributor to the victorious Toronto Raptors, VanVleet has stepped up his performance so far in this year’s postseason.

In their first-round sweep against the Brooklyn Nets, VanVleet was able to average 21.3 points and 7.8 assists per game while also shooting 55.9% from beyond the arc. In the first game of the Eastern Conference Semifinals against the Boston Celtics, VanVleet scored 11 points and eight assists.

After testing positive for COVID-19 earlier this summer, Shamet has come back and helped to make an impact on a talented Los Angeles Clippers team.

In the Clippers’ first-round matchup with the Dallas Mavericks, Shamet started four out of the six games while going on to average eight points along with two rebounds per game while also shooting 48.6% from the field.

Stats are updated as of Sunday, August 30 for all players.