Clubs and organizations on campus you may not have heard of: KVersity 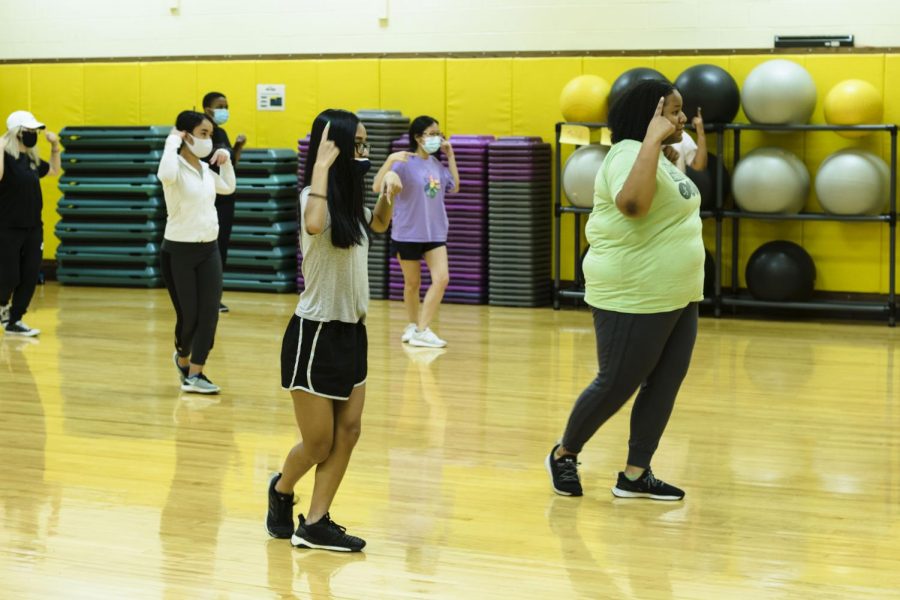 KVersity dance members practicing their latest dance in Room 141 at the Heskett center on Saturday.

K-pop has taken the world by storm. With BTS, BLACKPINK, and other famous K-pop groups collabing with western superstars such as Selena Gomez and Nicki Minaj, Korean pop music has become a prominent force in the western music industry.

K-pop is at the heart of the Korean Wave, also known as the Hallyu Wave which directly translates to “the flow of Korea”. The Hallyu Wave refers to how South Korean pop culture, including everything from music to Korean dramas to fashion, is perpetrating and altering the global culture.

At Wichita State, we have our own student group that has been a cause of the Hallyu wave.

KVersity is a student-run, K-pop and hip-hop dance group that is inspired by K-pop dance styles and music.

President Jennifer Dang first joined the group when a friend reached out to her and persuaded her to attend a practice.

“I took the opportunity,” Dang said. “I went there and didn’t know anyone, but as I started learning new dances and learning everyone’s name and just being a part of the group, it really helped me grow as a person.”

“We focus on trying to bring people in from different cultures, different backgrounds, and just to have fun since we all have a common interest which is dancing and music,” Dang said.

Second year Tudsaley Vongsena says she joined KVersity as a freshman despite not having any prior dance experience.

“We are just there for fun,” Vongsena said. “We are there to connect with the music. It’s just us, the music, and the people around us. It’s not so much about ‘Can you dance, can you not?’.”

Vongsena also believes that shared interests can bring a group of strangers together.

“K-pop is a type of music that a lot of people listen to no matter their background,” Vongsena said. “We think that not only the dancing aspect, but the music aspect as well, brings people together.”

This is KVersity’s first year as a registered student organization.

If you’re interested in joining or learning more about KVersity, feel free to email them at [email protected] or join them at their weekly Saturday practices from noon to 2:00 p.m. at Room 141 at the Heskett Center.

“People join a club for fun and we want to continue letting members be comfortable and bring the best out of them,” Dang said. “You are more capable of doing things that you don’t think you can do.”