‘My parents would not be coming home:’ Winterbone reflects on the day her world changed 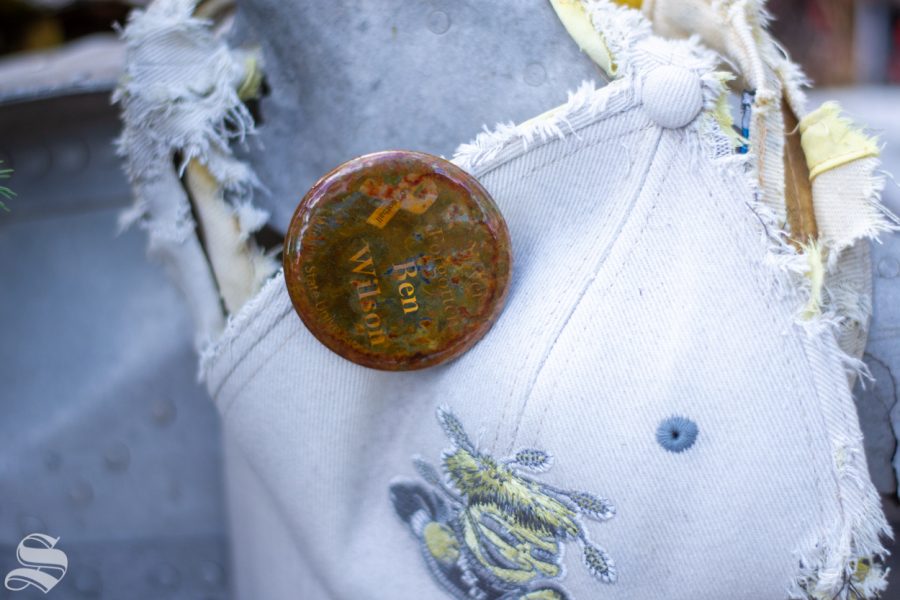 A Wichita State hat displaying a pin honoring the WSU football head coach, Ben Wilson, sits on a piece of metal from the crash at the sitee near Silver Plume, Colorado. Wilson died in the crash along with 30 other passengers.

Elizabeth Wilson Winterbone’s life changed on Oct. 2 1970 when, at age 10, she lost both parents in the tragic WSU football team plane crash that killed 31 people.

At the time of the crash, Winterbone had arrangements to sleep over at a friend’s house while both parents made the journey to Logan, Utah for the game.

Her father, Ben Wilson, was the head coach of the team. Her mother rarely traveled to games. To this day, Winterbone is unsure why she decided to travel to that one game.

Following the tragic crash, Winterbone was taken to a family friend’s home, completely oblivious to what had happened.

“I had no inkling of alarm, I was just annoyed that my plans of sleep-over fun were abruptly changed,” Winterbone said. “I learned later that they waited to tell me until more certain news had come from Colorado. The next morning I was told that my parents would not be coming home.”

Winterbone doesn’t remember much about the memorial ceremony that was held at Cessna Stadium prior to the crash, but does remember the quick turnaround in attending the different ceremonies.

“The only other thing I remember was the service held at the stadium and the singing of Where Have All The Flowers Gone,” Winterbone said. “Ten days after the crash I was at the memorial service for my parents in Ohio.”

Throughout her childhood, she was surrounded by people who were unfamiliar with the crash and didn’t really know much about Winterbone’s parents. Winterbone was unfamiliar with many other children who had also been affected by the crash until about 10 years ago.

When she moved back to Wichita, Winterbone began to connect with others who had also been impacted by the crash and said she is happy to have supportive friends and family.

“I sometimes marvel at how lucky I am to be able to know such loving and supportive people,” Winterbone said. “Facebook has been a great way to get to know the other kids who are rather far-flung, but close to my heart.”

To this day, Winterbone has not been up to the crash site but still pays attention to people that decide to make the trip. More recently, Wichita Eagle photographer Travis Heying shot a photo of a button with her father’s name on it.

“I’ve always paid attention to stories of people making the trip to the crash site,” Wishbone said. “I still haven’t been myself but I plan to make the trip before too long. It was bittersweet to see the memento of my dad showing the effects of the years of exposure.”

At this point, Winterbone doesn’t have any plans for the anniversary of the crash. She first started attending the memorial back in 2000, but it was hard to attend at first due to the type of relationship and bond the players had built with one another.

But over time, she has been able to build some connections with them and now looks forward to the memorial whenever she attends.

“It took a number of years of attending before I got to know some of them and now I consider some dear friends and I look forward to seeing them,” Winterbone said. “But some years I stay home and just have a quiet day.”

Winterbone said she feels blessed to have the opportunity to attend the ceremonies annually and is grateful for the messages she receives on the anniversary of the crash.

“Having a public ceremony and the ability to acknowledge the deep loss seems almost like a luxury to me and I am so grateful for all the lovely messages I receive,” she said. “I have learned to carry that compassion forward. I am deeply aware that you never know what someone else may have gone through and offering a bit of grace can make the world better for us all.”

EDITOR’S NOTE: The original story was published at 3:50 p.m. but was pulled to fix grammar issues and was republished at 6:45 p.m.