WSU proposes creating a University Village across from campus 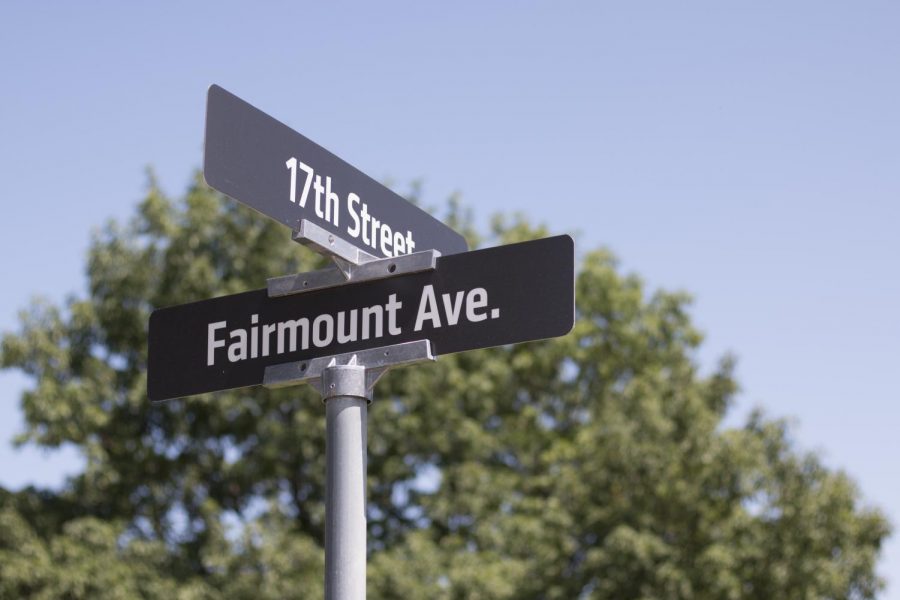 Wichita State University hosted a discussion Wednesday about a community initiative that could lead to creating dining, shopping, and entertainment venues adjacent to the WSU campus.

The venture is called University Village. If it succeeds, it could offer students and faculty more options to connect with the surrounding neighborhood and ways to engage the local economy. The partnership is between the university, City of Wichita, Sedgwick County, and community members.

Through the existing Shocker Neighborhoods initiative, internal discovery, and community feedback, Wichita State identified an initial list of ways to serve WSU and the neighboring community with the University Village. These include:

“This plan was driven by the creation of the Innovation Campus located in the development of the Shocker Neighborhood and spurring the economic growth of the surrounding ten-county region,” Muma said.

During Bardo’s tenure as president, Fairmount became a focus of WSU. In the wake of the brutal 2014 rape and murder of Letitia Davis in Fairmount Park, WSU launched the Enough is Enough campaign and secured a $250,000 grant from the Kansas Health Foundation.

With that grant money, WSU’s Public Policy and Management Center improved lighting in the park, updated tennis, and basketball facilities, and organized a medical mission. The university also conducted a comprehensive survey with a better-than-50% response rate to understand the community’s perceptions and needs.

But Wichita State and Fairmount’s histories have overlapped since the beginning. In 1886, Rev. Joseph Homer Parker founded a private congregational prep school known as “Wichita Ladies College” and “Congregational Female College.” It was part of a boom in college and university creation. In early 1887, developers of the adjacent Fairmount neighborhood donated land to this school, and it was renamed Fairmount College. Parker wanted it to be the “Vassar of the West,” so streets around the neighborhood were named after women’s colleges such as Vassar and Holyoke.

In 1926, the Congregational Education Society gave Fairmount College to the city. By a vote of the people, it became a public, non-denominational institution called The Municipal University of Wichita. It was the first municipal university west of the Mississippi. The common name for the school was Wichita University.

And in 1964, the University of Wichita became Wichita State University — an institution governed by the Kansas Board of Regents.

Fairmount neighborhood development has been the talk of WSU for years.

“I was an undergraduate student serving on the Student Government Association 30 years ago where this very conversation was taking place,” said Interim Vice President for Regional Engagement and Economic Development, Kaye Monk-Morgan. “I think it’s something that lots of presidents have wanted to do. We just haven’t ever had an opportune time to make it happen, and so we’re evaluating whether this is that time.”

Monk-Morgan said Jay Golden was a primary advocate of this work.

Fairmount Neighborhood Association (FNA) President Darryl Carrington believed Golden was excited about the possibilities that Fairmount offered the university. He said he met with Golden several times. Together they toured the Fairmount neighborhood, and Golden attended an FNA meeting earlier in the year.

“The firing of Jay Golden should not put the brakes on this. And Kaye Morgan alluded to that a little bit. She’s like, you know, ‘He’s one man. He had a lot of passion. But one man wasn’t going to push this through’. It takes a village, and we can push this through,” Carrington said.

Monk-Morgan said she’s hopeful that the next university president will help the university move ahead with University Village. The groundwork was laid by Bardo and Golden.

“It does say something that the last two leaders have been interested in this. My goal is to begin the conversation, whoever comes along,” Monk-Morgan said.

Muma said he’s lived in the area known as the Shocker Neighborhood for two decades. He said he’d sensed a change in the area in recent years.

“What I’ve noticed over the last five to six years is a sense of renewal. More young families in the neighborhood, people helping people fix up their houses, people caring for shared greenspaces, bike paths, and more,” Muma said. “I know this is anecdotal information, but I think it’s real, and I think it’s because we’re all working together.”

Carrington said so far, all of the FNA’s expectations have been met with WSU in the University Village conversations.

“We are defenders of that neighborhood coalition. As we sit here, FNA is positioning itself to lobby WSU to have a presence,” Carrington said. “We thrive on having a presence of Wichita State within the borders of Fairmount.”