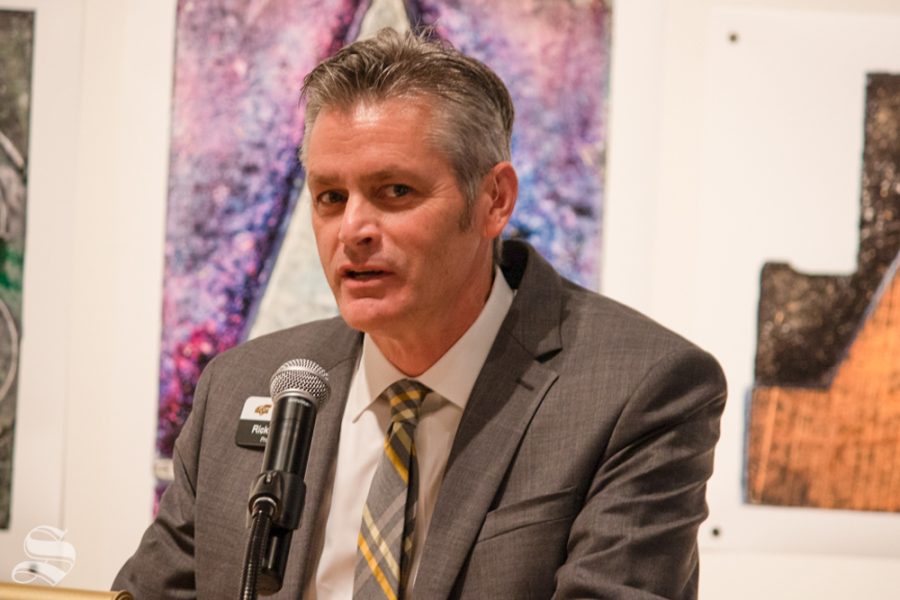 Last week, presidents of campus senates banded together to write a letter to Kansas Board of Regents recommending University Provost Rick Muma for the position of Interim President. After the appointment of Muma to the position Wednesday, campus leaders are hopeful in what that means for the future of the board’s relationship with the campus community.

“We saw that they actually listened to us, they recognized our voices and took time to read the statement,” Student Government President Rija Khan said. “Knowing that Rick is going to be the interim president, we feel happy and excited that we get to work with someone that we already had been working with.”

“If the Board of Regents picked someone else, I don’t think that would’ve been the end of the world as long as they had sort of listened to the qualities that we wanted in this interim president,” Sternfeld-Dunn said. “So clearly, you know, there was a group advocating strongly for Rick and they heard that but more importantly they heard what we needed in the university and they saw that in Rick.

“I’m really pleased with the decision that the board made because it felt like they were listening to our community.”

“I think they made a good decision, that’s what we asked for,” Sessions said. “The reason why we asked for that is because we’re in a critical situation with COVID, budget, and everything else and Rick knows our campus and community and we wanted that continuity.”

Sessions said that he hopes KBOR being open becomes a common trend.

“KBOR needs to be open but I also understand personnel decisions,” Sessions said. “They can’t say things in certain cases and I completely understand that … I don’t know how the presidential search is going to go, but as long as they’re open about how it’s going to be done I think we’ll be good.”

“I do think this is a step in the right direction,” Gandu said. “I think the lines of communication have been opened between KBOR and campus.”

“I really felt like we needed some consistency and stability on campus within the administration and I really think that is what he brings to campus,” she said.

Khan said she hopes the positive changes Golden made when it came to student voices carries through to the long term future.

“We saw that previously the students weren’t heard, then we got a president who changed that narrative,” Khan said. “Seeing that particular change where we were valuing the voices of students and other people who were directly affected by those decisions really makes us feel optimistic and become more ambitious about the goals that we have.”

Khan said that she will continue to advocate for open communication.

“We continue to demand that change be instilled into the future,” she said.