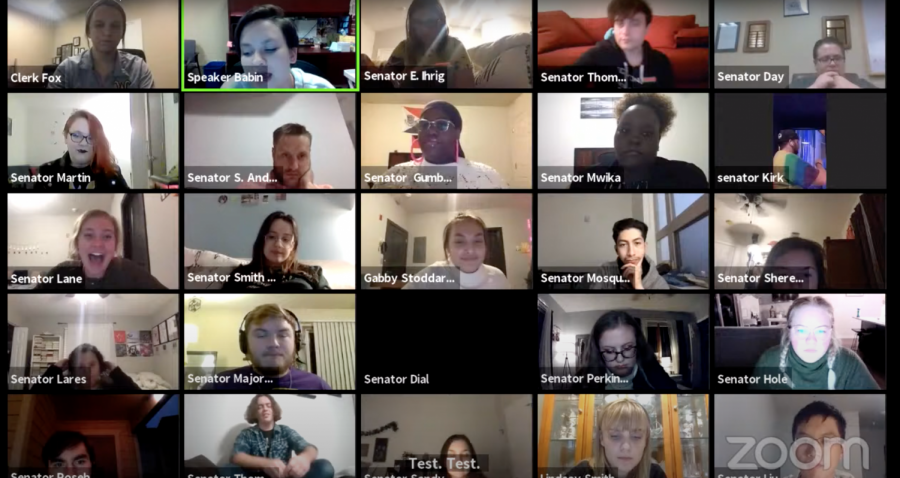 During Wednesday's Student Government meeting held over Zoom, the student senate passed a resolution encouraging the university to cancel classes on election day.

The Student Senate passed a resolution Wednesday that urges Wichita State to either cancel classes or strongly encourage professors to not hold class or not enforce attendance policies on election day.

Speaker of the Senate Olivia Babin, who authored the resolution, said it was especially important this year to provide students the time to go and vote.

“It is incredibly important with a huge national election coming up on Nov. 3 that students are given the opportunity to go and vote, especially in a year where we know there will probably be a record turnout and lines at the polls and so a lot of times people feel that they cannot vote because they do not have time,” Babin said.

Babin said that because they understand that the university may not cancel classes completely, they wrote the bill to have two options.

“Understanding that [cancelling classes] might not happen but we still want to give students the opportunity to go vote, we gave them the second option of saying that they strongly encourage professors to either cancel their classes that day or not enforce their attendance policies so no one will be punished to go out and vote,” she said.

Babin said that she is also working on legislation that would recommend election day to become a university holiday.

The resolution passed with unanimous consent of the senate.