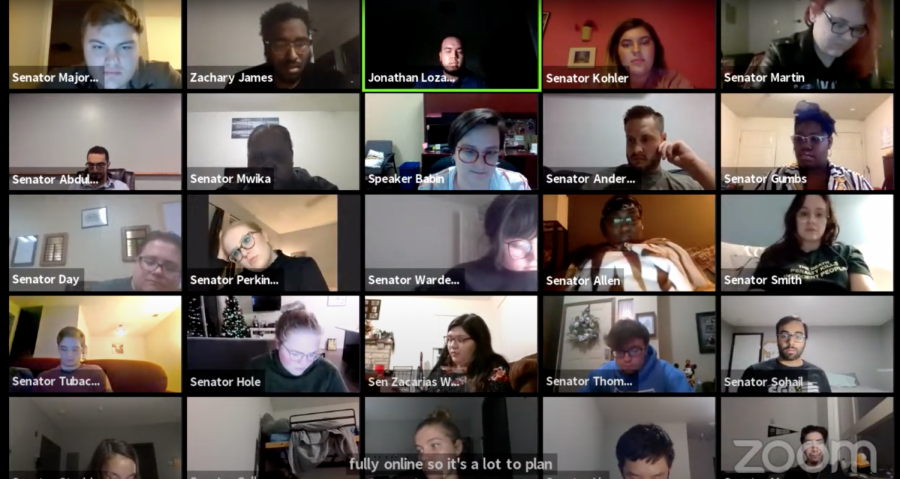 Screenshot of the SGA meeting Wednesday, Nov. 4 held over Zoom. The Student Senate passed a bill setting aside $4,000 to purchase 200 flu shots for students.

The Student Senate voted to withdraw $4,000 from their reserves to buy 200 flu shots for students during their meeting Wednesday, Nov. 4.

Lozano said that he authored the bill after he reached out to the Director of Student Health Services Camille Childers about the possibility of free shots.

The cost for the vaccine is $40, which brings the total to $8,000. Student Affairs is covering half of the cost.

The vaccines will be administered through Walgreens, who will have a clinic set up on campus. The timeframe the clinic will be open has yet to be decided.

While the vaccines will be given first come first serve, specific students will be prioritized.

“If you don’t have health insurance or you can’t afford a flu shot, we would prioritize those with the higher need,” SGA Advisor Gabriel Fonseca said.

The idea of setting aside more money to buy more than 200 vaccines was brought up during the meeting, but ultimately the number stayed the same.

“We can just have another funding bill coming up later that asks for more money if there is a need for more flu shots in the future,” Speaker of the Senate Olivia Babin said.

The bill passed with unanimous consent.