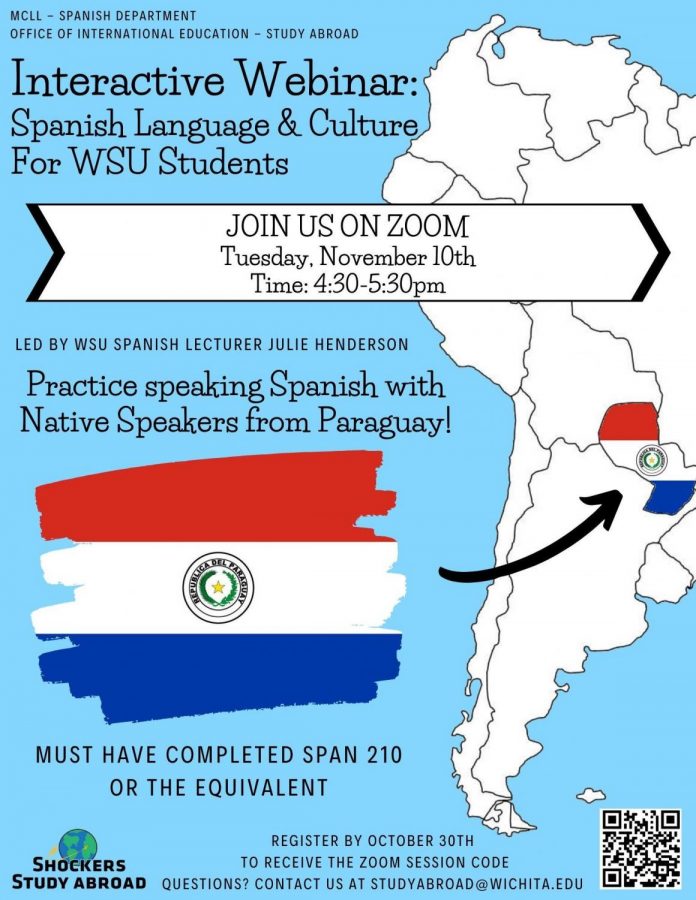 Although WSU was unable to welcome new exchange students this year, the Study Abroad Office decided to make the best out of a difficult situation by organizing interactive language webinars.

The languages offered were Japanese and Spanish. Ann Burger, Associate Director for Study Abroad and Exchange Programs, says the idea for the webinars came near the end of the summer.

“The idea came about towards the end of the summer once we knew that, unfortunately, we weren’t going to have any exchange students coming onto campus,” Burger said.

Normally, the Study Abroad Office runs an International Buddy Program where WSU students volunteer to become an exchange students “buddy”. Burger says the interactive webinars are a great alternative to the program.

“… Since we weren’t going to have any exchange students then obviously we couldn’t do that buddy program this fall,” Burger said. “So I was thinking of what are some other things we can do that students can still get connected and still have that cultural aspect of it … That’s how these cultural language interactive webinars came about.”

The office reached out to Comité Paraguay Kansas, a non-profit study abroad organization in Paraguay.

“They were really excited,” Burger said. “They were like, ‘Oh yes, we’re gonna have so many students who will want to do this.’”

Sophomore Nicole Bloomquist attended the first Spanish webinar in September and plans to attend the one next week.

“It was a lot of fun! It was really interesting to see the differences in schooling,” Bloomquist said. “I ended up connecting with one of [the students from Paraguay] on Instagram and we Zoomed on our own outside of the webinar. So I made a friend from it, which is really cool.”

Bloomquist is double majoring in political science and Spanish. She is hoping to study abroad in Spain her junior year.

She first learned about the webinars because she thought it was a requirement for her class― which it wasn’t.

“That first caught my attention, but really I just wanted to practice my Spanish and that’s a great way to practice,” Bloomquist said. “I’m really interested in Latin American politics and in [the countries] in general, so I thought that would be a great way to hear first-hand experiences in another country.”

“The interest on the Paraguayan side was definitely there,” Burger said. “The interest on our side was a little less, but part of that is maybe students are a little bit timid sometimes. But both sides benefited greatly from it.”

Registration for the second webinar has closed, with 30 students signed up.

“We try to make it very informal … you’re not getting graded on anything, you are just there to practice your Spanish,” Burger said. “… If you can’t travel to another country and spend time there learning the language, then the next best way is to find a native speaker and to practice with them … you’re both learning from each other.”