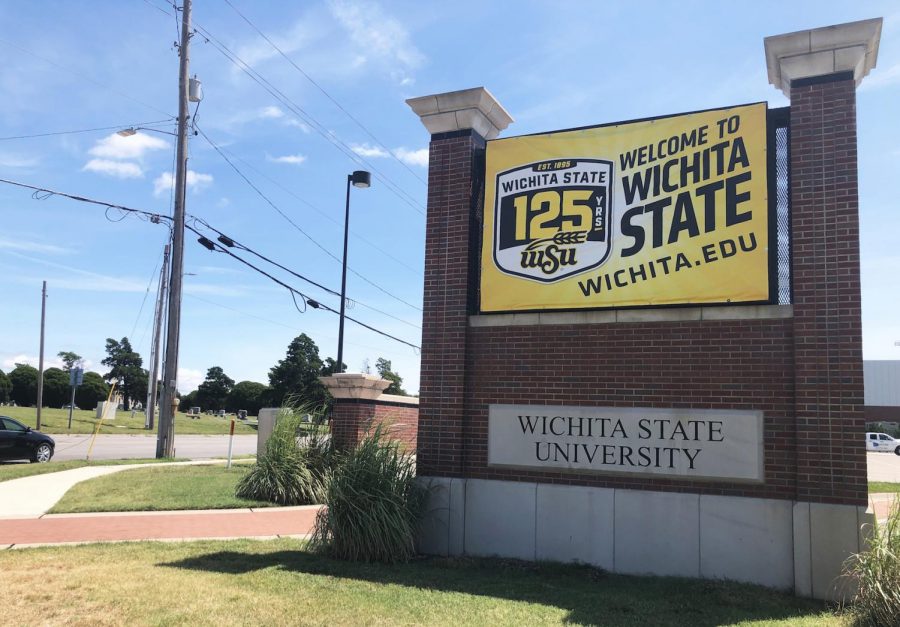 A banner celebrating Wichita State University's 125th anniversary hangs on a university sign at 21st and Hillside. WSU is planning a number of events to mark the anniversary.

Students have the opportunity to vote on a tartan design through Nov. 25 to celebrate the university’s 125th anniversary. A tartan is a distinct pattern of lines and checks found on kilts to represent different Scottish clans.

Department of History Chair Jay Price said that the idea came from his love of Scottish culture that blossomed during his semester abroad during his junior year of college.

“I’ve always been interested in how communities identify and use symbolism with flags and stuff, and tartans are another way to do that,” Price said. “It seemed like it would be a fairly straightforward way to help mark WSU’s 125th [anniversary].”

Price said that WSU’s colors lend themselves very well to this project and he is hoping to register the tartan in the Scottish Registry of Tartans.

Students in an art class designed four possible tartans for the project, and when it came down to deciding on a winner, Price said that they weren’t able to decide on one so decided to pass that responsibility to the student body.

“Why don’t we let students decide and let them have a chance to use their voice?” Price said.

Price said that through voting, students will be able to have a part in the celebration of WSU’s milestone.

“I think that this is a chance to get a little bit of a buy-in to WSU’s 125th [anniversary] because a lot of the activities had to get postponed with COVID,” Price said.

Students can vote through a survey sent to their student emails that was initially sent on Oct. 22nd.  If students did not receive an email, they can contact Price at [email protected].