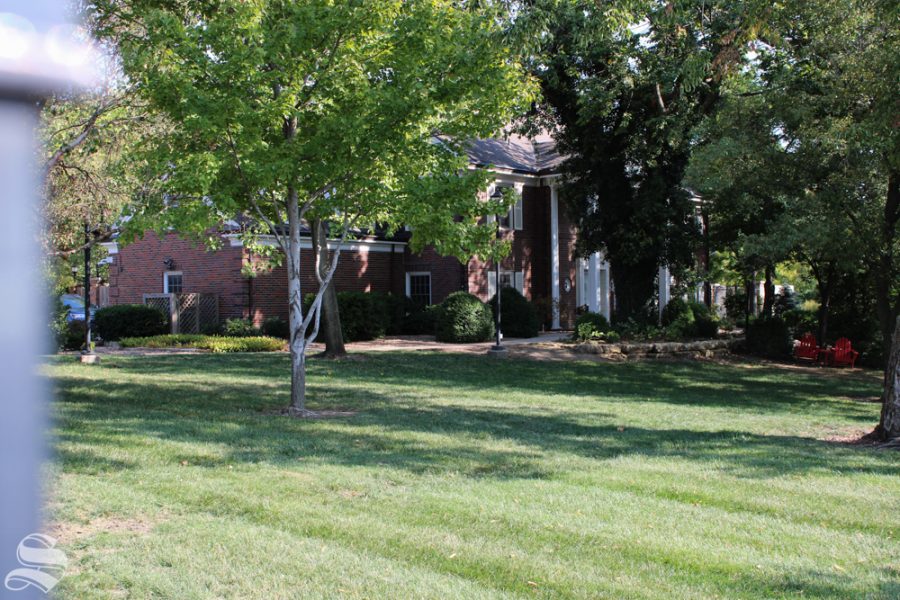 The University President's house located on the corner of Hillside and 17th.

The Student Senate passed a resolution Wednesday that asked the Kansas Board of Regents to utilize a search committee composed of 50% Wichita State faculty, staff and students to select the next university president.

The resolution was created in hopes of fixing the lack of transparency surrounding former President Jay Golden’s abrupt resignation.

“Confidence in the transparency of the administration of Wichita State and KBOR has suffered as a result of the opaque processes surrounding the resignation of Dr. Golden,” the resolution stated. “It is imperative that the university hire a competent and cooperative leader whom the students can trust to effectively manage the many challenges that the university is likely to face in the coming years.”

The resolution also asks that the search committee includes three members of the Student Government Association selected by the SGA president.

This follows two resolutions the Faculty Senate passed during their meeting Monday, which also strongly recommend that KBOR utilize a search committee, and that half of the search committee are WSU faculty, staff, and students.

Student Senator David Liu said that the Faculty Senate felt it was important that student government also be a part of the conversation over the presidential search.

“They believed it appropriate that [SGA] passed their own resolution,” Liu said. “[Because] this is important. In future search committees we have to have our interests represented because ultimately we are most affected by the position of new president.”

In the last presidential search committee that selected Golden, out of the 20 members that served there were 2 student members— then Student Body President Kitrina Miller and then Student Ambassadors Society President Brandon Eckerman.