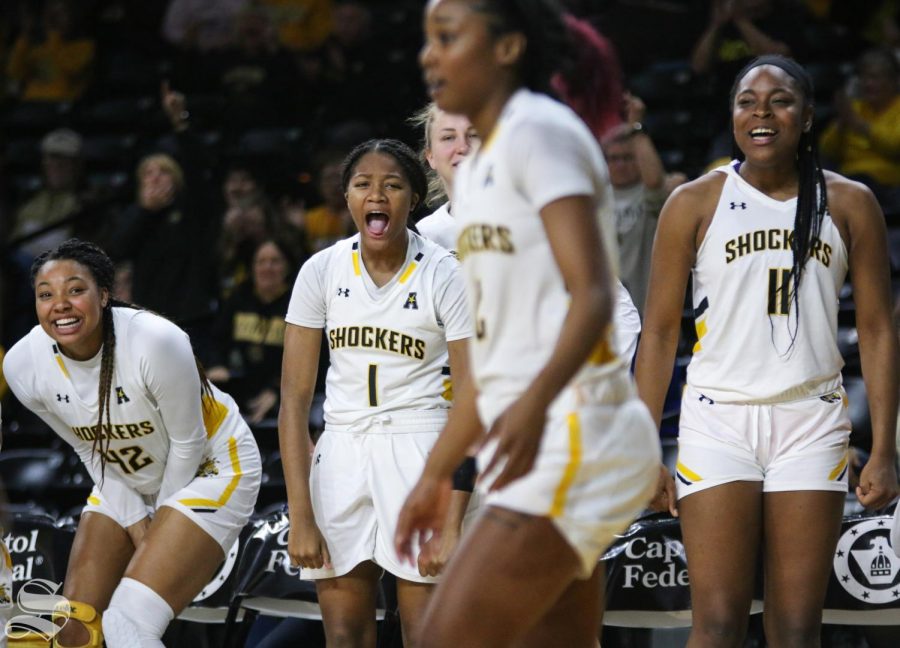 Wichita State bench celebrates after Mariah McCully is fouled during the game against Tulsa at Charles Koch Arena on Wednesday, Jan. 15, 2019.

The Wichita State women’s basketball program has released its full non-conference schedule for the upcoming 2020-21 season.

The Shockers will play a shortened five-game schedule, all of which will be played at Charles Koch Arena. Last season, the Shockers played a total of 13 nonconference games before starting conference play.

WSU will open up the season against Texas A&M-Corpus Christi on Nov. 27. This is currently slated to be the first official competition on WSU’s campus this school year and the first since March.

Start times and television information will be released in the near future. The American Athletic Conference will also be releasing its 20-game conference schedule in the coming weeks.