OPINION: The ‘Office Ladies’ podcast is what got me through 2020 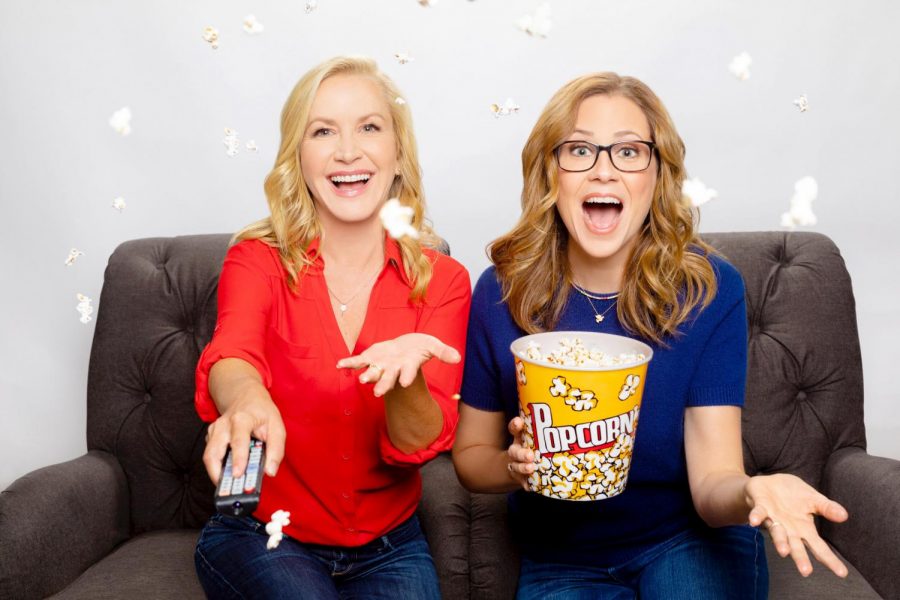 NBC’s hit mockumentary “The Office” has become one of my favorite shows that has continued to stay near and dear to my heart since its debut in 2005. I have consistently watched all nine seasons— five or six times through— and I never get bored.. I still eagerly wait for Jim and Pam’s relationship, laugh uncontrollably at Dwight, and continuously receive second-hand embarrassment from watching Michael Scott.

This show has given me joy when I’ve needed it the most — but I was always left a little unsatisfied. Each episode left me with questions about character development or the reasoning behind different storylines, and the internet was only helpful to a certain extent.

In September of 2019, Jenna Fischer (who played the receptionist, Pam) and Angela Kinsey (who played the serious-minded accountant, also named Angela) decided to put together a podcast called “Office Ladies” that breaks down every episode and gives behind-the-scenes stories to give viewers more insight into the making of Dunder Mifflin.

For all “The Office” fans out there, here are a few things you can expect to learn about in this podcast.

Deemed as one of the most aggravating things I’ve ever had to wait for in a show, Jim and Pam’s relationship is worth anticipating for three seasons. Jenna Fischer (Pam) and John Krasinski’s (Jim) chemistry as actors was nothing short of perfect.

Fisher describes in the podcast that when she auditioned as Pam, she did multiple scenes with Krasinski and knew that she couldn’t do the role without him. She states, “And I mean this honestly – I can’t do Pam without him. In the way you need the right partner to have a great marriage, I needed the right co-star to have this relationship.” I can’t imagine this office relationship being played by different people — Fischer and Krasinski make it real.

Although Steve Carell plays the part of Michael Scott— an immature, offensive boss— Carell in real time is actually quite the opposite. Fischer and Kinsey constantly tell stories throughout the podcast of Steve’s kind heart and personable attitude towards all the cast members. They reminisce about Steve’s Golden Globe win, his trip to New York for the episode “Valentines Day”, and the moments when he got to act with his wife Nancy Carell who plays Michael’s brief love interest, Carol.

During the sixth episode of “The Office: Office Olympics”, Michael is awarded a medal for closing on his condo, and when you see Michael start to tear up, Fischer and Kinsey explain that that was all Steve.

The times that Michael seems to have a heart, you can note that that’s all Steve.

Before listening to the podcast, I was absolutely convinced that the Dunder Mifflin office in Scranton, PA was a real building. Much to my surprise, part of it is and part of it isn’t. The “bullpen”, or the office, is its own set on ground level and the outside of the windows is just a backdrop. The warehouse is just the same. But the scenes you see where the characters are standing outside of the Dunder Mifflin building is a different location — the building is Chandler Valley Center Studios in California.

The most riveting information I learned about the set was the placement of the talking heads, or the “interviews” characters would have with the cameramen on the show. In the podcast, Fischer and Kinsey explain why some of the talking heads are in the conference room with the office in the background, and why others are in the conference room with the window facing outside behind them.

Fisher says in the “Conflict Resolution” podcast episode, “… the idea was that any character that had a future outside of Dunder Mifflin or held some sort of internal optimism would sit in front of a window leading out into the world. But characters who didn’t want to leave Dunder Mifflin or who maybe were in more of a position of being trapped, would do their talking heads facing into the office.” This information made me watch “The Office” in a different way — it’s a small but deep piece of the show that pulls at my heartstrings.

So if you’re looking for something new, or you love learning anything and everything about “The Office” like me, this is the perfect podcast to give you that good, fulfilling energy when you need it. You can listen to “Office Ladies” on officeladies.com or you can stream each episode on Spotify.