No fans allowed at basketball games through Dec. 31 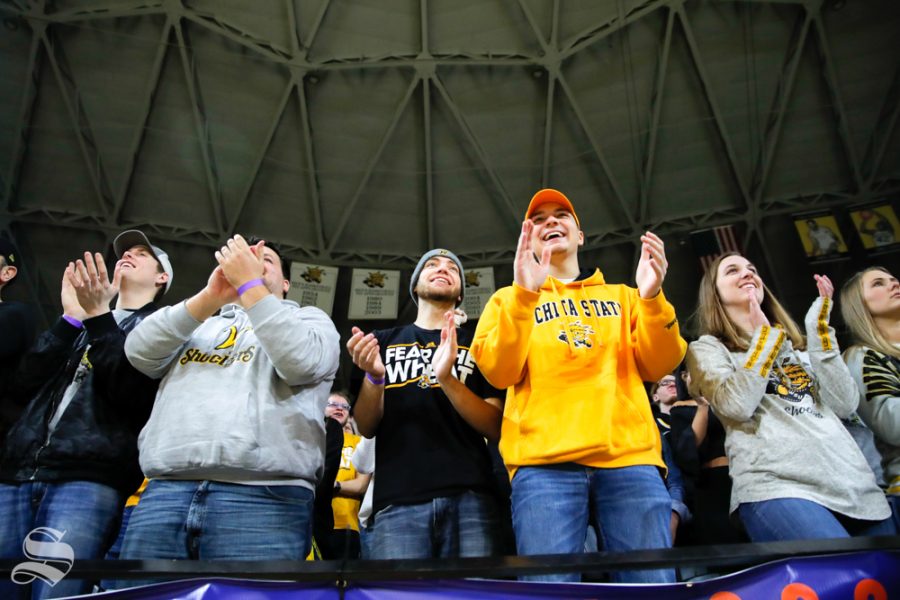 Fans cheer during the game against Cincinnati on Jan. 19, 2019 at Charles Koch Arena. (Photo by Joseph Barringhaus/The Sunflower).

Wichita State Athletics announced on Thursday that fans will not be allowed to attend men’s basketball games inside Charles Koch Arena through Dec. 31.

This decision is due to the new restrictions set forth by the Sedgwick County Health Team and the high positive testing rate of 23.7% in Sedgwick County.

“The hope is that this will allow our community to flatten the curve and drastically reduce the positive rates we are currently experiencing,” The WSU athletics release stated. “With basketball season beginning next week, we ask everyone to follow the recommendations of your local health authorities and the CDC so we can begin to host fans inside Charles Koch Arena after the order expires December 31, 2020.”

Any facility capacity changes that the county makes for the month of January and in the future will be communicated after a decision has been made.

WSU Director of Athletics Darron Boatright told The Sunflower in October that the city and county commissioner had approved 40% capacity for games, but because of the new mandates that has changed.

Previously, fans that were in line to attend games this year were to be decided through a point-based system that rewarded longevity and giving to the university, Boatright said in October.

For season ticket holders, WSU will evaluate the number of games played with fans in attendance at the end of the season and present them with financial options regarding tickets and Student Athletic Scholarship Organization contributions.

Fans can attend games through cutouts or two-and-a-half foot “fan faces”. Each cutout for the premium lower bowl will be $150 and a price of $50 for a non-guaranteed prime location. Proceeds from the program will go towards the Shocker Pride Fund.