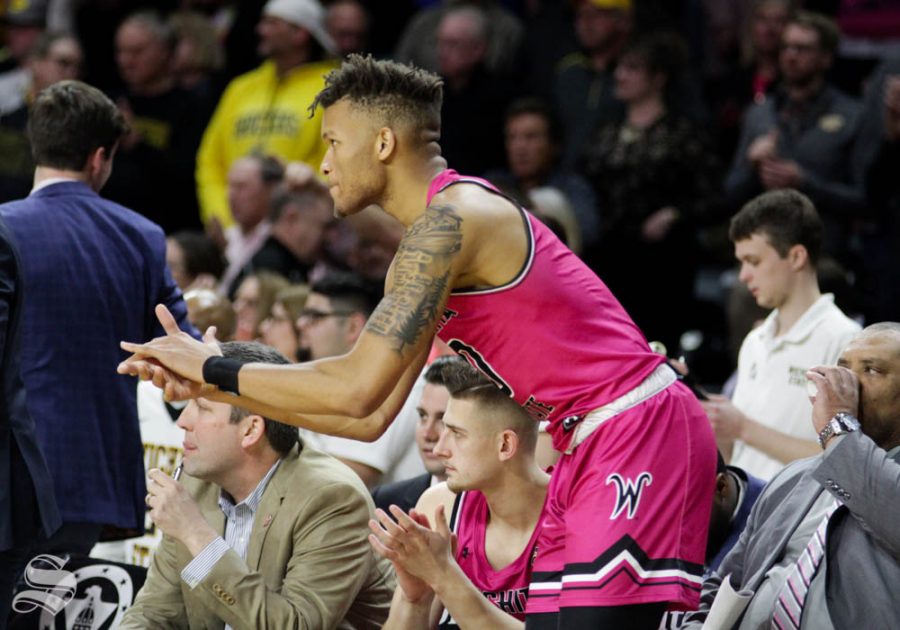 Wichita State sophomore Dexter Dennis encourages his teammates from the bench during the first half of the game against USF on Feb. 20 inside Charles Koch Arena.

Kennedy most recently served as the head coach for Texas A&M and will fill the vacancy left after Interim Head Coach Isaac Brown’s promotion last week.

“I’m excited to welcome Billy to our basketball family,” Brown said in a statement. “He has been a mentor of mine for over 30 years and has proven himself as a coach at the highest levels. His experience and teaching ability will help our young team.”

He is expected to be on the Shocker’s bench for the season opener against Utah State in South Falls, South Dakota.

“I am excited about the opportunity to be part of a new season at Wichita State,” Kennedy said in a release. “The chance to work alongside Coach Brown and invest in these young men is a blessing.”

Kennedy has led three different programs to the NCAA Tournament as a head coach including two Sweet Sixteen appearances with Texas A&M. He has a 361-294 record as a head coach and has been a part of over 550 wins in his career.