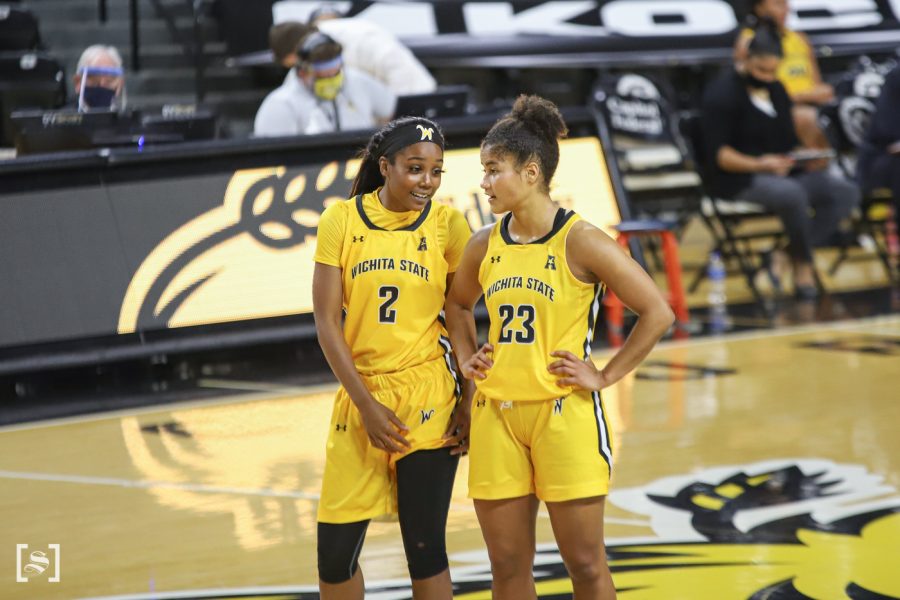 The Shocker women’s basketball lost to Northern Iowa in heartbreaking fashion in double overtime 93-91, on Sunday. With the loss, WSU falls to 3-1 on the season.

The loss against Northern Iowa on Sunday evening marks the sixth consecutive loss for the Shockers against the Panthers. The previous matchup between these two teams took place on Nov. 9, 2019. Northern Iowa won that matchup 61-50 at Charles Koch Arena.

The Panthers and Shockers were evenly matched through the first half of play. Northern Iowa went into halftime holding a 36-33 lead.

Asia Strong was the game’s leading scorer with 22 points in only 32 minutes played. Along with Strong’s 22 points, she also finished with 13 rebounds, recording her first double-double in her collegiate career. Shockers Head Coach Keitha Adams has been pleased with Strong’s performance so far.

“Asia has got a nice shot,” Adams said. “When she lets the game come to her, she does some really good things.”

Colbert and Johnson offered great contributions off of the bench, combining for 38 of the 42 bench points.

Next up for the Shockers is a matchup with South Dakota on Dec. 10 at 6:00 P.M. at Charles Koch Arena. The game will be aired on ESPN+.