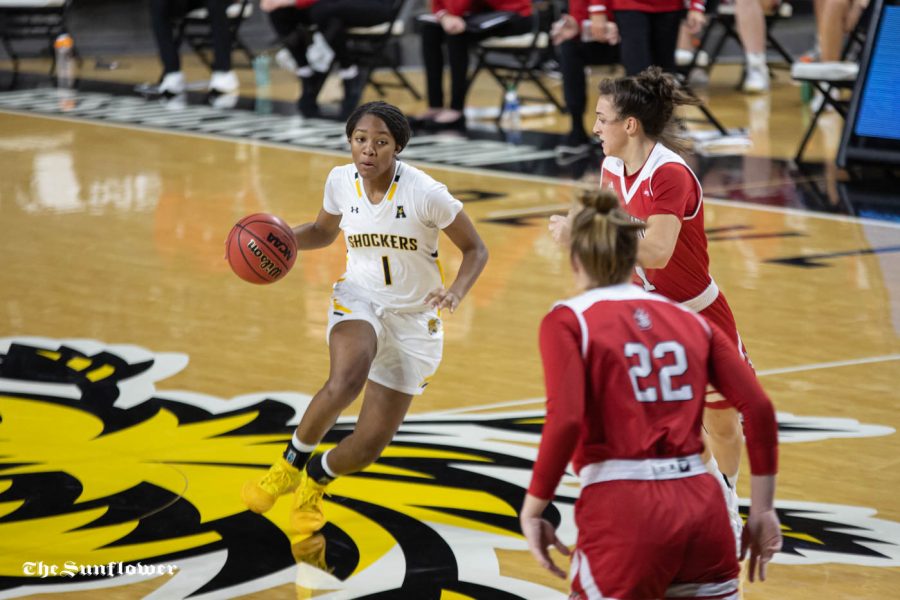 Wichita State sophomore DJ McCarty dribbles toward the basket during the game against the South Dakota Coyotes at Charles Koch Arena on Dec. 10.

Wichita State women’s basketball game against Southern Methodist University has been postponed due to COVID-19 related issues, the American Athletic Conference announced on Monday. The game was slated to be the Shockers’ home conference opener.

The date and game time of the rescheduled game will be announced at a later date.

WSU has now had three consecutive games postponed to open up conference play, as previous games against Tulsa and Tulane were delayed.

The Shockers are now slated to begin conference play against Houston on Dec. 30, unless more postponements occur. Tip-off is scheduled for 7 p.m. and will be broadcast on ESPN+.