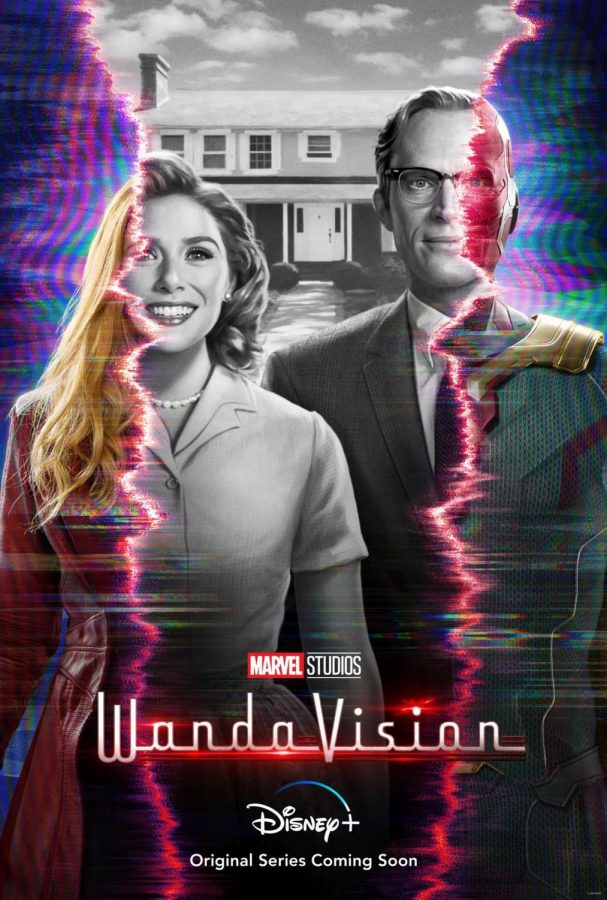 Wanda’s escape from reality is more than what is seems
Static.

Television gives us insight into worlds beyond our own.

WandaVision especially throws audiences into the past and gives us a taste of fake normalcy.

After watching and trying to understand the new Marvel series, I have come to the conclusion that Wanda has done exactly what I wish I could.

Disappear and be in a world of happiness.

From what I gather, the world of Westview has now become the home for Wanda and Vision. But instead of just living normally, I think Wanda took it into her own hands to create a world where she can live her life peacefully.

Because this takes place after Endgame, which if you’re up to date on your Marvel movies, you’d know didn’t end well for Vision.

When having to handle emotions like grief, loss, and love, we tend to want to escape into a perfect reality. A common trauma response is to flee and pretend everything is fine.

My guess is that Wanda couldn’t deal with the pain that she has endured and somehow created another world for her and who appears to be Vision. Maybe Wanda made a version of Vision to stay with her, but it may only work in this other world in television.

I think we all dream of running away and starting a new life, but most of us have people and responsibilities we stay for. But when things become too hard to comprehend, sometimes we do things that seem irrational.

I know it might be laughable to say, but I think all of the Avengers should be entitled to free therapy and medications. Because holy-cow! They go through pain more than any person should go through.

Because in therapy, I’ve learned that no matter how much I want to disappear and be someone else, I am wanted here in the real world. It’s where I belong.

Wanda will come to learn this in time, but it’s going to take a lot more than therapy to get her out of this weird television saga and in a healthy mental state.

We love nostalgia, and I think that the old television shows represent this for Wanda. She knows that it is a safe place and that she can shy away from reality.

It’s just crazy to me how Vision is still alive. Because deep down, I don’t think he is. I think Thanos truly killed him and Wanda is having a breakdown and doing the only thing she knows to do.

I’m excited to see the next episode and more, but it does make me nervous to find out if Wanda is really okay or not. And if she will come out of this with Vision and the twins, or if it’s a lone journey.

Spoiler alert: The four episode breakdown
Marvel has done it again, people. The WandaVision series is officially on Disney+, or at least the first four episodes and it’s a hit!

The retro airings of WandaVision start in the world of black and white, the ways of old television. Things are “peachy keen” and closely resemble a regular episode of a 50’s sitcom.

It seems as though Wanda and Vision just tied the knot and got married. They found a house in a little town called Westview and started living “normal lives” around their neighborhood. Wanda is a housewife while Vision puts on his human face and goes to his nine-to-five job.

It leaves the audience fully confused and glued to the television to see what has become of the two Avengers, and how exactly they ended up in a 50s sitcom.

The first episode goes on to have a fully sitcom narrative. It compares easily to the 1951 hit show, “I Love Lucy”. Everything resembles this real show but still leaves you wondering exactly what’s going on.

Twenty-two minutes of a full episode and I was left utterly confused and needing to see the next episode immediately. And so I click “next episode”.

It again begins with a sitcom feel, but this time we skip forward to the 60’s and imitate the show “Bewitched”. And similarly to that show, Wanda and Vision are trying to hide their true identities from everyone, but of course they have some slip-ups.

Wanda and Vision have made their home comfy and are now contributing to their neighbors and the neighborhood. They are going to be in the local talent show as Vision the magician and Wanda the apprentice. However, Wanda is very adamant that their magic act can’ t be extremely fooling, otherwise people might figure out their secret. This is then the rest of the storyline where Vision has a hiccup and Wanda has to hide their secret with fast thinking.

The calm, cool, and collected feel of the show abruptly stops when a crash makes Wanda venture outside and find something in color in the still world of black and white.

My mind has possible plot lines flowing constantly as I’m trying to figure out what it all means. But Marvel does a good job at keeping the mystery a secret while also keeping their audience hooked.

While I am still questioning everything that’s happening, the show returns things back to “normal”.

Wanda goes out and tries to assimilate herself into the neighborhood housewife group. Now this is when things get extra weird. Hearing voices? Color in a black-and-white world? It’s just more confusing things for my brain to figure out but I’m not giving up just yet.

Here comes the third episode, now in color! We move to the 70’s and resemble “I Dream of Genie”. This is where it starts to get interesting!

Wanda has randomly become pregnant. We all know how babies are made, but this one is really out of the blue and growing rapidly.

The episode focuses on her pregnancy, the rapidness of it, and them trying to hide it from the neighborhood. Geraldine, a character that was introduced in episode three, is having to help deliver the babies, and Vision is running to grab the doctor.

Surprise! Not just one baby, but there’s two.

Which is no surprise to us because Wanda is a twin herself, to the late Peidro. This sparks a memory for Geraldina and we see Wanda become suspicious of her. Then, zap! Geraldine is gone and everything is back to normal. Or so Wanda would like us to believe.

At the end of the episode, we see what happened to Geraldine as she is thrown into another world and surrounded by armed forces and vehicles.Episode four is when everything starts coming into place. We see the world not from the television, but from the real world.

Now I won’t go into full detail of what happens but life is taking place after “the blip” was reversed or better known as after Tony’s gauntlet snap. It follows Lieutenant Monica Rambo who vanished with the blip. She works for SWORD, another secret intelligence agency, she gets put on a special case and encounters the town of Westville, New Jersey. The town is apparently missing, but Lieutenant Rambo goes investigating and ends up in the other world with Wanda and Vision.

The point of view changes to Dr. Darcy Lewis, who was introduced in Thor. She’s brought in with others to try and figure out what’s going on and where Rambo went.

Of course being the boss she is, she finds a way to view WandaVision on old televisions.

We see the weird things that were happening around Wanda were people from the real world trying to find answers as to what happened to Westview and the Avengers.

The final scene ends with Wanda and Vision holding their twins on the couch smiling, but in reality, things are very wrong.

WandaVision is full of twists, turns and incredibly placed secrets. I’m excited to see future episodes and what is truly going on with Wanda and Vision.