OPINION: We are not fragile flowers. 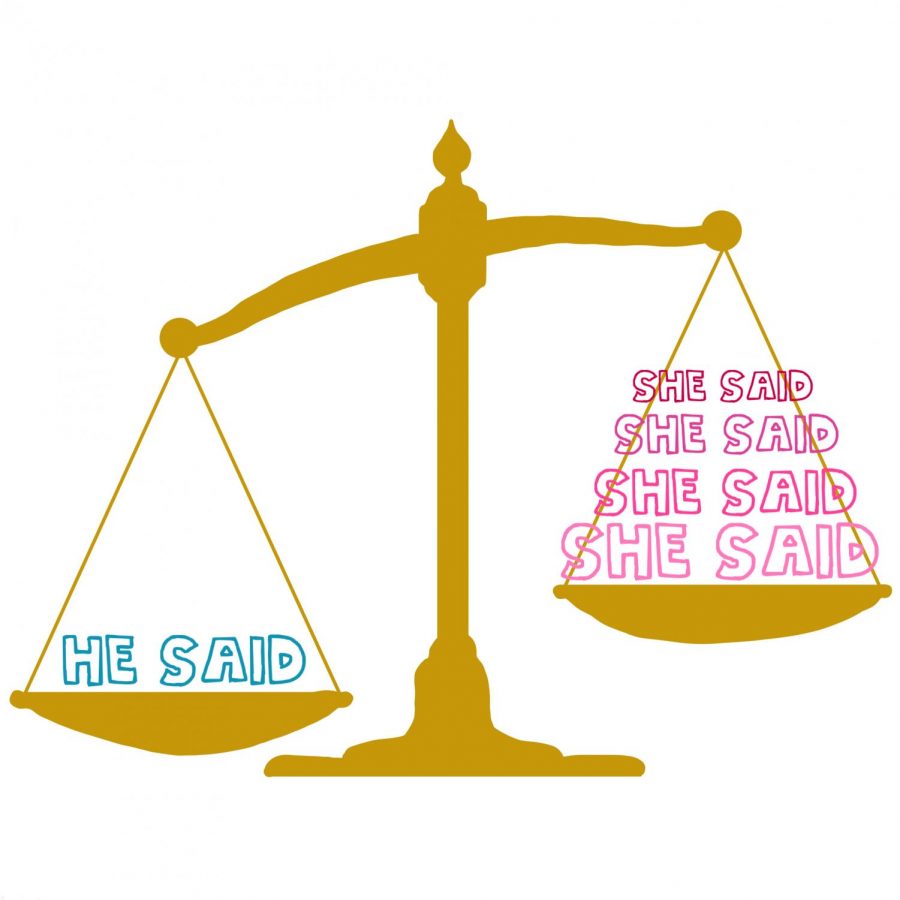 Let me start by unequivocally saying that we are not responsible for others’ actions and do not deserve blame or shame for what happens at the hands of attackers or abusers. But we also are not fragile flowers or damsels in distress who should say a prayer whenever going out the door and do nothing more to prepare for our own defense.

Being passive about our safety doesn’t serve us well, and it definitely doesn’t make would-be assailants hesitate.

An offensive strategy is the best line of defense when it comes to sexual violence.

That means having multiple plans in case things go wrong. That moment when someone goes from assumed-safe to just plain scary or violent is the moment for which I prepare myself because I don’t want to feel like a victim again. I don’t want to get raped again.

So, I will prepare for the fight — if there is a next time, I will aim to do enough damage to the attacker that they don’t walk away unscathed.

I encourage everyone to invest in some ways and means to scare off and injure attackers. Practice using them.

I recently bought a birdie alarm. It clips onto your handbag, backpack, or belt buckle. When you pull the pin, it sounds a 130 dB siren with a flashing strobe-light to create a diversion. It will go off continuously for 40 minutes unless the pin is replaced.

I also was gifted an eye-jabber. You put your knuckles through two rings. At the end are two V-shaped spikes — about eye-width apart. You get the idea. I plan to carry it with me when I travel alone. I’m going to need to practice my punches and get comfortable using it. The idea makes me squeamish, but I’ll get over it.

We have a problem

According to RAINN, sexual violence on campus is pervasive.

The way most universities approach sexual assault on campus suggests that women especially are disposable. The aim is to keep things quiet, not to keep people safe.

Those who are bold enough to report regret trusting their universities in the long run. This is a stain on higher education.

It’s common for survivors to never report an assault or to wait to do so until many years after the fact. This can confuse those who have never been through these traumatic experiences.

The fact is, our brains don’t want to face the trauma again, and we humans do all sorts of things to forget and to cope. Sometimes we can’t admit what we went through to ourselves for many years, let alone to a therapist, advocate, cop or judge.

Having a nurse gather evidence for a rape kit is one of the most invasive experiences imaginable, especially in the hours after an attack when you don’t want to be touched. They swab everything, photograph marks and bruises, collect hair and fingernail clippings, bag your clothing. You can’t wash until it’s done.

You tell me how keen you’d be to spread your legs for a stranger to collect evidence after someone forced themselves on you.

Keep that in mind when you thoughtlessly throw around accusations or cite a lack of evidence when someone makes an allegation of assault.

It’s understandable why people shower before they do anything else, so stop being so heartless about this.

Running away is instinct; working with doctors, lawyers, and police to catch your attacker(s) and see them prosecuted goes against every survival instinct you have. Don’t assume you’d do it without pause. It’s incredibly taxing. People turn on you quickly once your claim is public. Plus, trauma causes us to behave in nonsensical and illogical ways. Have some empathy and tact.

Some of our friend’s and colleagues’ attitudes are that survivors should consider ourselves lucky that we were just raped or were only stalked or threatened and not murdered. It never ceases to shock and offend me.

Generally speaking, these are some of the reactions you should expect if you find yourself seeking justice for your sexual assault. It’s not pretty.

Your skirt was too short.

If you’re wearing anything or nothing at all, you’re going to be treated like you asked for it. Expect at the very least to be questioned about your attire. Expect to be judged on it.

Being alone is part of living. We rarely tell people, “I’ll walk you home,” but when we find out something happens to someone walking alone at night, our reaction is “why were you alone?” not “why didn’t I go with you?”

You didn’t fight back.

Why didn’t you try? Now you’ll never know if complying with an abductor or attacker kept you alive or if you could have gotten away.

You fought but lost.

Why weren’t you stronger or faster?

You shouldn’t have tried to ruin a promising young man’s life just because he violated you, broke the law, and is a danger to others. If it happened off-campus, the university might investigate, but don’t expect your attacker to be penalized or kicked out. It’s not the way things work.

You waited years to report until the statute of limitations ran out, and physical evidence disappeared.

You’re an opportunist or a liar. Probably both. If it really happened, you wouldn’t have waited.

You had your rapist’s baby and were emotionally damaged by the experience.

You had an abortion after your rape.

You made the unforgivable decision to put yourself and your future first. Don’t expect others to applaud — they’re too busy booing you. All lives matter — yours just matters the least in this case.

Over the last two decades at each university I attended, I met women who had been raped in their dorms and at on- and off-campus parties.

The best way to change this pattern is to promote more women to the highest and most exclusive halls of academia.

Having more women in positions of authority, especially in law enforcement and courtrooms, makes a difference too. Social workers and advocates must be called upon more frequently to help keep survivors safe, sane and aware of their options.

When we stand up for ourselves, when we do anything but roll over and take it (quite literally), suddenly we’re at fault. We’re equal parts the butt of a joke and threat to a system of male domination that may not begin or end with rape but certainly benefits from it.

I unapologetically encourage everyone, but especially young women, to go on the offensive. Plan for the worst.

Walk each other home. Have a few self-defense moves down pat and carry a personal alarm because the assumption of safety and the idea that 1 out of 6 of us is simply unlucky is how they keep us compliant and self-blaming. And should the worst happen, love yourself through it. You do the best you can until you know better.

Now I know better. After an assault, I need to be able to say, “I did everything right. I am not to blame. And I will see my attacker prosecuted.”