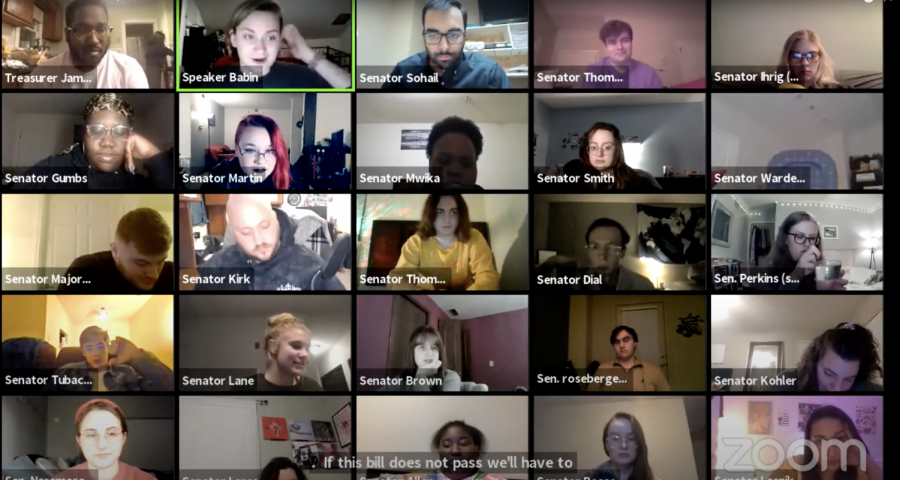 The Student Government Association voted to transfer $507.2k from Student Health Services to the RSC debt service during their meeting Wednesday.

The Student Government Association passed a bill that transfers $507,284 from Student Health Services to the Rhatigan Student Center Debt Service during their meeting Wednesday.

The money was initially given to Student Health Services by SGA before student health received money through the CARES act.

“Because of low interest rates, the University refinanced the RSC renovation debt, which affected the timing of the debt schedule and lowered the overall amount of interest the University will pay,” the bill stated. “However, the refinance required an increased payment for FY21, the current fiscal year, in the amount of $507,284.”

“After they got the CARES act money, they used that money first so the money that we gave them is basically unused, and is still being unused right now,” SGA Treasurer Zachary James said.

“We all came to the agreement that basically transferring this money to cover RSC debt would be great in the long run,” James said. “This is something that student health services knows about and are okay about.

“This is money that SGA did approve, so it’s essentially our money we’re just taking it back and putting it somewhere else.”

Using the money to cover the debt will prevent having to come up with the balance through student fees.

Speaker of the Senate Olivia Babin clarified that the money transfer would not affect the Student Health Center’s overall budget.

“This is not a cut to student health services, it’s only taking unused money that is sitting in reserves and putting it towards the RSC debt service,” Babin said.

The bill passed with 37 in favor and 0 against.