OPINION: How student journalism has changed me 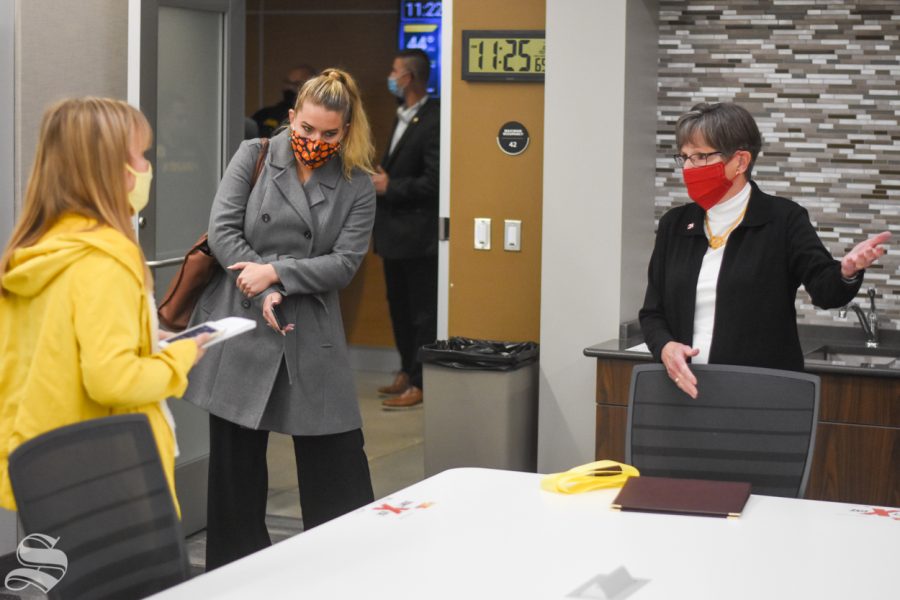 Editor in Chief for The Sunflower, Lindsay Smith, conducts an interview with the Governor of Kansas, Laura Kelly, on Monday, Oct. 19, 2020 inside the John Bardo Center.

Today is Student Press Freedom Day, also known as the day us student journalists get to share stories and lessons they have learned through working at a student newspaper.

As a sophomore, I’ve only been a student journalist for a little while now. Even though it’s been short, it’s been the most challenging, rewarding, and overall exceptional experience of my life— and it was pretty much forced upon me.

Allow me to explain.

At my WSU freshman orientation, I did not plan on applying for any jobs. I decided I was going to do all the required orientation activities, then go to the shift I had later that day at work.

But in the last hour, my dad sent me a text telling me I had to apply at the student newspaper. I didn’t want to. I wanted my freshman year to be solely focused on academics. Maybe next year, I thought.

But my dad kept telling and telling me to, so I did. And that was the best decision of my life so far.

Freshman year I spent a lot of my time on the newsroom couch in the corner of the room, not saying a word, and typing away at my computer. To this day, my fellow Sunflowers like to remind me of the shy little Lindsay who had very little to say.

Now, a year later, that has drastically changed. As Sports Editor Sean Marty likes to say, I am now the girl who “never shuts up.” But I like to think my co-workers wouldn’t want it any other way.

From covering a new university president, the resignation of that same president, a worldwide pandemic shutting down universities nationwide, and more, my two years as a journalist have been the most rewarding years of my life. And I’m not even halfway done.

I have stepped out of my comfort zone, came out of my shell, and have never been more excited to go to work every day. I have cried a lot of tears, lost a lot of sleep, and procrastinated on a lot of homework, but I wouldn’t have it any other way.

I have built professional connections with many people in my field, been able to connect with fellow student journalists, and have gained my own newsroom family.

At The Sunflower, not only do we work to inform the community about the stories that matter, but we also work to train and develop well-rounded journalists so that they’re prepared to go on to bigger and better things when they graduate.

Support student newsrooms. Not only has it changed my life, but also the lives of countless individuals across the nation. Student journalism is important for the future.